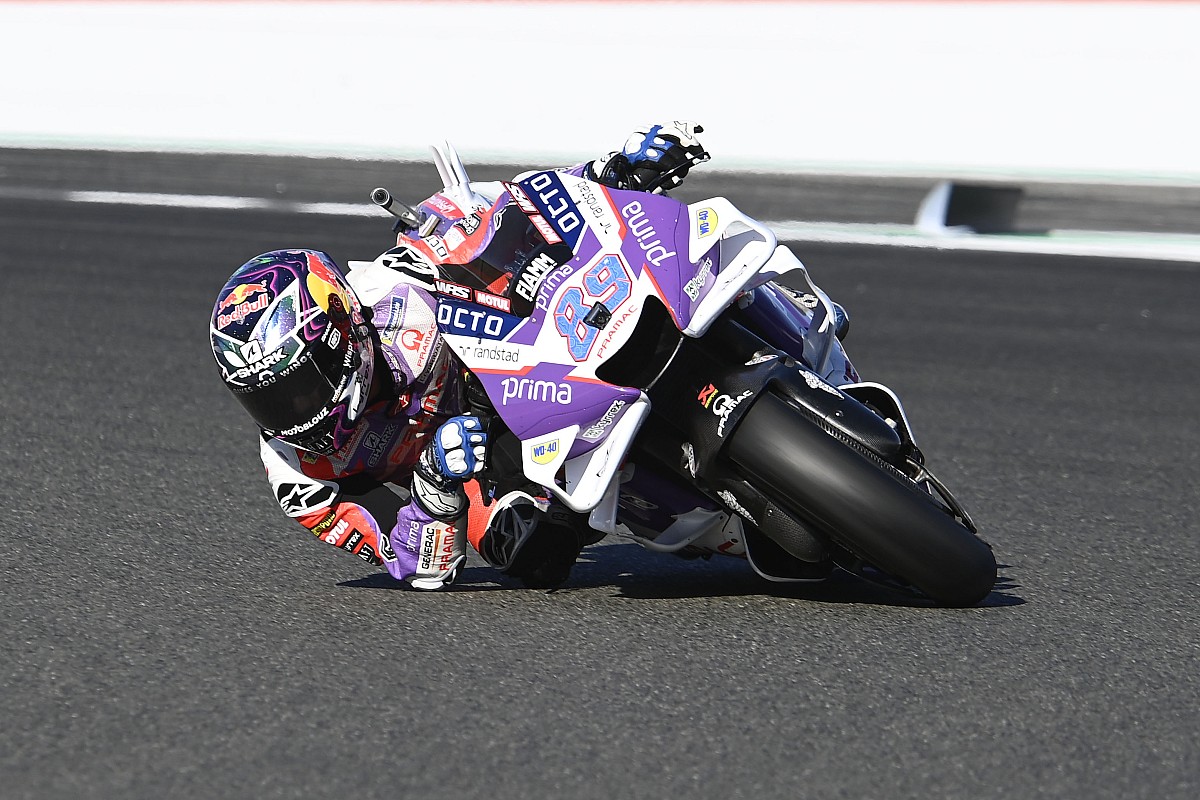 The two drivers battling for the world title at the Ricardo Tormo Circuit on Sunday will start the race from two consecutive rows.

Bagnaia hopes to be crowned world champion inaugural. Ducati riders will be able to get it as long as they finish in the top 14. An easy target to reach on paper despite the nervousness he has shown all weekend can always lead to slippage.

Meanwhile, for Jorge Martin, this is his fifth pole position in the 2022 season and the ninth in his MotoGP career. A number that puts him on par with Alex Criville.

The Pramac rider was 0.2 seconds ahead of Marc Marquez, who will start in second place after approaching Ducati Martin on the final lap.

Jack Miller completes the front row of the grid despite crashing in the final moments of qualifying. Together with Fabio Quartararo in the second row, will include Alex Rins (fifth) and Maverick Vinales (sixth). Both must go through the initial qualification (Q1).

Brad Binder (seventh), Bagnaia (eighth) and Johann Zarco (ninth) will start from the third row. Unfortunately, the French racer had an accident in the final stages of the session.

Meanwhile, Aleix Espargaro was a little disappointed because he only completed the top ten, with Luca Marini (eleventh) and Joan Mir (twelfth).

Enea Bastianini, who is fighting for third place in the Grand Prix World Championship with veteran Aprilia riders, will start 13th, from the fifth row.

The rear position is occupied by Raul Fernandez. The KTM racer was unable to take part in the official session due to an accident he had in the morning so he was taken to the hospital. A few hours later, the doctor allowed him to leave.

Bagnaia Feels Limited at the Beginning of MotoGP Valencia

Aleix Espargaro Worried that Enea Bastianini will take his position

MotoGP-Quartararo: I have nothing to lose

News : Twitch Streamer Admits Cheating While Playing Among Us | GameBox