How to make broth from chicken feet, no less delicious than beef bones 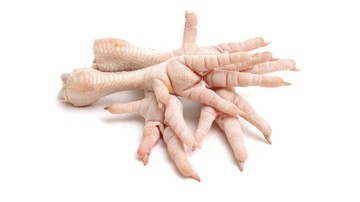 For some people, check chicken it might look terrible. Cooked in any form it doesn’t feel good to look at.

But you can still use chicken feet, without the need to eat them directly. You can make broth made from chicken feet.

Soup broth made from boiled chicken feet is said to be rich in collagen. Broth can also be stored and preserved for days.

How to Make Broth from Chicken Feet

Here’s how to make soup broth from chicken feet, no less delicious than beef bone broth.

1. Boil the claws in one liter of water. Boil until the dirt comes out.
2. Lift the claws that have been boiled, discard the water, clean the claws again in running water.
3. Boil two liters of water in a large saucepan, add ginger, onion, celery, scallion, and bay leaf. Wait five minutes until the ingredients are slightly wilted.
4. Enter the claws that have been washed clean. Wait until it boils and the claws are cooked.
5. When the claws are cooked and tender, remove the claws and store them in a large container. Meanwhile, let the boiling water, use low heat.
6. Crush the claws until crushed. If it is crushed, put it back into the cooking water. Boil on medium heat for 30 minutes.
7. Turn off the stove, let the boiled water and claws that have been pounded for 10 minutes or slightly cool. If so, strain the claws and all the cooking spices.
8. Strain until only water remains. If so, store the broth in a container. When it’s cold, you can put it in the freezer.

The broth can be used whenever you need it. Good luck!