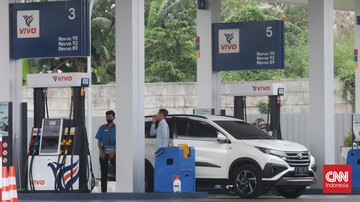 Macro Economist and International Trade Iwan Hermawan explained that referring to the 2021 BPS data on the average use of fuel consumption per month, fuel consumption for the upper middle class reached 61.7 liters per month.

“The consumption of fuel for the richest 10 percent of people is 61.7 liters per month. Their expenditure on fuel reaches IDR 561 thousand,” said Iwan at the SAPA MEDIA event held by the National Research and Innovation Agency (BRIN), Monday (3/10).

Meanwhile, the average consumption of the poor reaches 9.3 liters per month with expenditures reaching 77 thousand.

Despite rising fuel prices, Iwan explained that Indonesia’s Gross Domestic Product (GDP) was still rising, although it was relatively small.

Another impact of rising fuel prices is to encourage inflation and reduce aggregate consumption.

However, reallocation of the budget to several other sectors, such as transportation, logistics, and agriculture is claimed to improve aggregate consumption, exports, and Indonesia’s GDP.

“Rural and urban households also declined. The largest decline was experienced by rural communities,” said Iwan about the economic group most affected by the increase in fuel prices.

“As many as 40 percent of the bottom group in urban areas also decreased, but relatively smaller than those in rural areas,” he continued.

However, several provinces in Indonesia benefited from the increase in fuel prices which helped increase the Gross Regional Domestic Product (GRDP).

Some of these provinces are East Kalimantan, West Java, South Sumatra, Riau, and Jambi. This is because the five provinces have a fairly extensive mining sector (especially oil and gas) and plantations.

Fajar Alfian wants to appear bolder in the quarter-finals of the Denmark Open 2022 |nitoba.com