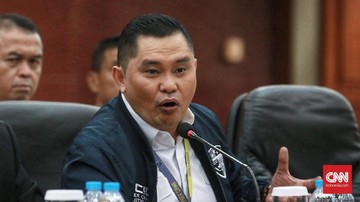 Metro Jaya Police Chief Inspector General Fadil Imran said it did not mind if PA 212 do a demo minus the increase in BBM prices in volumes.

He reminded that the important thing is that the action is carried out peacefully and does not violate the law.

“If he is peaceful, it’s okay, the important thing is not to violate the law. If there is a violation of the law, we will definitely take measured and humane law enforcement steps,” said Fadil at the Arjuna Wiwaha Horse Statue, Central Jakarta, Friday (23/9) night.

He said the demonstration from PA 212 Cs today went smoothly. However, Fadil mentioned the problem of the mobility of residents who were disturbed due to road closures.

“It’s a pity that I see people who move from one point to another have to be disturbed because there are road closures like this,” he said.

It is known, today’s action was carried out by PA 212 and a number of Islamic organizations who are members of the People’s Guard National Movement (GNPR). This action is the second time that PA 212 Cs has held it after the first action on Monday (12/9).

The masses brought three demands, namely lowering fuel prices, lowering prices and upholding the rule of law. They started the action at around 13.30 WIB and finished around 18.40 WIB.

Poke Anis about the Demo of Moving to Monas

Metro Jaya Police Chief Inspector General Fadil Imran proposed that the Southwest Monas Cross be used as a special location for holding demonstrations. So far, the action is usually carried out around the Horse Statue of Arjuna Wiwaha, Central Jakarta.

“The Southwest Monas Cross is behind this Police Post, we just have to see how many people there are, if there are more we will go deeper. We can move the barrier later,” said Fadil at the Horse Statue, Friday (23/9). ) night.

He said the action at the Southwest Monas Silang would be more effective and efficient in terms of personnel deployment and would not interfere with traffic flow.

“The mindset is to express opinions, later we will contact the ministry or work unit that we are going to, for example like going to the Constitutional Court, later we will call them to come here,” he said.

“There is a police post here, we have a room to prepare. If the destination is for example the palace, later the KSP in accordance with the deputy referred to us will be summoned here,” he added.

Fadil said the proposal had been submitted to DKI Jakarta Governor Anies Baswedan. He said he would again communicate with the Acting Governor of DKI regarding the location of the demonstration.

He hoped that the proposal would come true. According to him, expressing opinions is a right, but there are other people’s conveniences that must be considered.

“Maybe now, Pak Anies, there is only one month left, maybe with the next governor, we will discuss it more intensely, later with civil society, fellow students and fellow workers, I will also invite mass organizations,” he said.

JCI projected to weaken ahead of the weekend