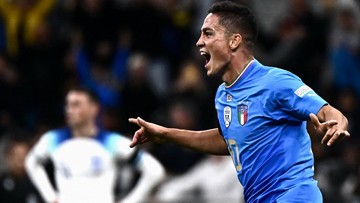 national team Italia get full points at home English in the 2022 UEFA Nations League continued. Gli Azzurri won 1-0 thanks to a goal from Giacomo Raspadori.

The fifth matchday of Group C of the 2022 UEFA Nations League brings together Italy vs England. The duel took place at the San Siro, Saturday (24/9/) early morning WIB.

Quoted from detik.com, both teams played to a goalless draw in the first half. Raspadori broke the deadlock in the 68th minute, as well as being the only goal that was created in the match.

This result brings Italy up to second place in Group C standings with 8 points. England are sinking further into the bottom of the group with 2 points without ever winning.

Italy made the first chance four minutes of the game running. Federico Dimarco’s header near the far post was blocked by England goalkeeper Nick Pope.

The home team dominated the attack until entering the half hour of the match. However, there is no chance that endangers England’s goal.

The visitors threatened again in the 41st minute. Harry Kane’s speculative kick ball from outside the penalty box deviated above the Italian goal.

No additional goals were created until entering the break. The first half closed with a score of 0-0 glasses.

Harry Kane was on the pitch six minutes into the second half. The England captain clashed with Italian defender Rafael Toloi.

Kane’s face looked bloody and immediately received treatment and was taken to the sidelines. He can return to continue the match.

Italy got a chance in the 64th minute. Giacomo Raspadori’s shot in the penalty box was pushed out by Pope.

Goal! Italy broke the deadlock in the 68th minute. Raspadori’s measured kick ball in the penalty box glided smoothly into the England goal.

The visitors played more attacking to catch up. Two shots directed by Kane in the 76th minute could be blocked by Gianluigi Donnarumma.

Italy almost doubled their lead in the 84th minute. Dimarco kick ball from the left side of the penalty box hit the England goalpost.

The Three Lions failed to score an equalizer until the long whistle sounded. The match ended for Italy 1-0 victory.

There are Interesting Promos, Raffi and Nagita Wholesale at PRJ |nitoba.com