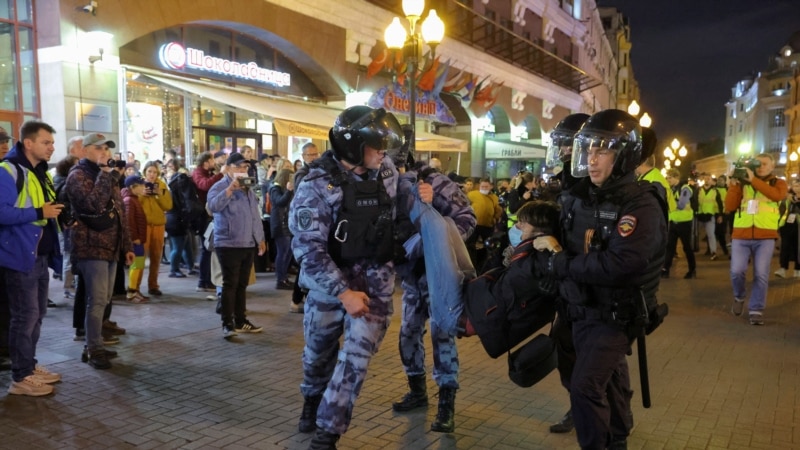 Moscow began a mandatory call-up of reservists Thursday to try to increase its fighting power in Ukraine, where authorities say thousands of people have volunteered, even as male Russian citizens flee the country to avoid fighting obligations. .

Amateur video footage uploaded to social media Wednesday (21/9) since Russian President Vladimir Putin ordered the mobilization of reservists is meant to show that hundreds of Russians across the country are responding to the call of the country’s military.

The troop call comes as Moscow-occupied Ukrainian territories are due to vote in the next few days to determine whether they will be part of Russia in a referendum that the Ukrainian government and its allies have called illegal annexation of territory.

Moscow took the move after Ukrainian forces recaptured large swathes of northeastern Kharkiv in what is seen as a turning point in a stalemate of seven months of war.

Russia’s military said Thursday that at least 10,000 people had volunteered to fight in the first 24 hours of the order being issued. But at the same time, the male citizens of the land of the red bear also left Russia before being forced to join.

“I don’t want to go to war,” a man named Dmitri, who had fled to Armenia with a small bag, told AFP. “I don’t want to die in the middle of this senseless war. this is a civil war.”

Most of the passengers who arrived at Armenia’s airport after disembarking from the last flight from Moscow were men of military age. Many of them declined to comment.

Yerevan has been a major destination for Russians fleeing since the war began on February 24, sparking fierce international opposition and then trying to isolate Russia.

US Secretary of State Antony Blinken on Thursday held Putin to account when he confronted Russia at a Security Council session, where the United Nations has listed abuses in Ukraine.

“We cannot – we will not – let President Putin get away with it,” Blinken told the UN Security Council at a special session as world leaders met at UN headquarters in New York.

“Today there is an attempt to impose a completely different narrative on us that it was the Russian aggression that was the origin of this tragedy,” Lavrov told the UN Security Council.

Confrontations on the diplomatic stage have escalated further as Russian-appointed officials in occupied Ukraine continue to hold an annexation referendum this week.

The four Russian-occupied territories in Ukraine – Donetsk and Lugansk on the east and Kherson and Zaporizhzhia on the south – announced that they would hold the vote for five days, starting on Friday (23/9).

Vladimir Balance, head of the Russian-grown Kherson region, which was one of the first to fall into Moscow’s hands, said the referendum would still be held on his territory despite the criticism.

“The date has been set. We’ve got the green light. Voting starts tomorrow [Jumat] and nothing can prevent it,” he told Russian state media.

“People have been waiting for this and they are asking for this vote to take place,” he added.

At the UN General Assembly session, US President Joe Biden accused Russian President Vladimir Putin of having “shamelessly” violated the UN Charter with a war aimed at “annihilating Russia’s right to exist as a state.” [rd/jm]