Not yet against Indonesia, Curacao is left by a star player 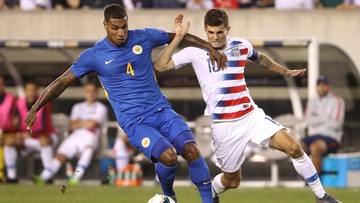 Curacao National Team will not have star player Darryl Lachman against Indonesia on FIFA Matchday 24 and 27 September.

The certainty was revealed by the Twitter account Curacao Football News on Thursday (22/9) night. Lachman decided to remain in Australia and did not travel to Indonesia.

“Darryl Lachman will not be joining the national team in Indonesia for the friendly match. He has decided to stay in Australia for personal reasons,” the Twitter account wrote.

Lachman currently plays in the Australian League with Perth Glory. Previously, Lachman played more in the Dutch League and also appeared in Israel with Hapoel Ra’anana.

The Curacao national team had their first practice at the Gelora Bandung Lautan Api Stadium on Thursday night. Through photos uploaded on social media, it can be seen that the Curacao players are enjoying the training.

Curacao became the opponent of the Indonesian national team in two FIFA Matchday matches at the GBLA and Pakansari Stadiums. This is the first time the two teams have met in an international match.