Bjorka Speeds Up the Ratification of the PDP Bill? 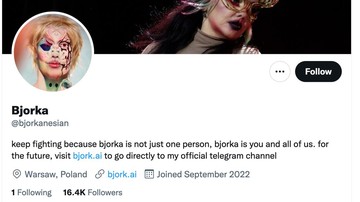 Draft Protection Law Data Personal (PDP) which has become law on Tuesday (20/9) is suspected to be related to the data leaker Bjorka.

The founder of the social media analysis platform Drone Emprit Ismail Fahmi alluded to Bjorka’s contribution to the process of ratifying the PDP Bill.

“Thanks to Bjorka, so the PDP Bill will be passed soon,” he chirped, attaching a smiley emoticon, on his Twitter account, Thursday (22/9).

As evidence, he attached a screenshot of the protracted process of discussing the PDP Bill.

The discussion of the PDP Bill began with the sending of a Presidential Letter Number R-05/Pres/01/2020 concerning Personal Data Protection which assigned the Minister of Communication and Information, Menkumham, and the Minister of Home Affairs to discuss together with the DPR, January 24, 2020.

At least eight Level I talks (to seek agreement on the bill at the commission level with government representatives) have been passed since then.

After the last Level I Talks on May 29, 2022, Bjorka took action to leak data and mock the Government starting in August. In early September, Commission I of the DPR and the Government agreed to bring the PDP Bill to the plenary session.

“As we heard that all 9 factions agreed, the government also agreed that this PDP Bill be brought to the Level II discussion in the DPR Plenary Meeting to be ratified as a law,” said Chair of Commission I of the DPR Meutya Hafid at the DPR Building, Central Jakarta, Wednesday (7/7). 9).

On September 20, the PDP Bill went up to Phase II discussions, aka ratification at the DPR Plenary Session.

The Plenary Meeting also took place at the DPR RI Building on Tuesday (20/9). At the meeting, all members of the DPR who were present agreed that the PDP Bill would become a law.

“Furthermore, we will ask each faction whether the Bill on Personal Data Protection can be approved to be ratified into law?” asked the Deputy Speaker of the House of Representatives Lodewijk F. Paulus during the meeting.

“Why is the momentum right?said the account @RTifany18, commenting on Ismail’s upload.

In fact, the account @ayoo_berlibur speculated, “is it possible that bjorka is part of this?“.

“This PDP Law has been long awaited. So it has nothing to do with data leakage, because this was long before the fuss over Bjorka,” said Mahfud in Surabaya, Wednesday (21/9).

Mahfud said that before being ratified, the PDP Law had already passed a long and comprehensive discussion by the government and the Indonesian House of Representatives. H lasted for more than two years.

“And this has been discussed for more than two years and was promulgated yesterday,” he said.

The ratification of the PDP Law, said Mahfud, is a form of the government’s seriousness in realizing the protection of personal data in Indonesia.

“So that’s good and for the regulation of personal data protection. We have prepared the implementing regulations, so we just have to go,” he claimed.

As is known, Bjorka leaked data related to Indonesia. One of them is 1.3 billion SIM card registration data which is claimed to have been stolen from the Ministry of Communication and Information (Kominfo).