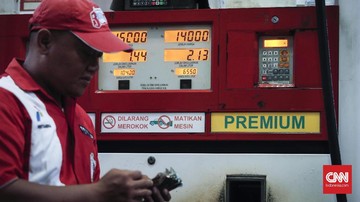 “Starting January 1, 2023 (removed), so that the type of gasoline (RON) 88 will not be marketed domestically from that date,” said Director of Engineering and Environment of ESDM Mirza Mahendra as quoted from CNBC IndonesiaThursday (8/9).

In addition to premium, Revvo 89 gasoline from PT Vivo Energy Indonesia will also be removed from gas stations starting next year.

“To comply with government policies, Vivo has taken the necessary steps to deplete our inventory of Revvo 89 by the end of this year,” Vivo management said in an official statement to CNNIndonesia.comlast Tuesday (6/9).

If the elimination is realized, then the lowest octane gasoline sold in Indonesia is 90 or pertalite class.

Currently, pertalite is sold for Rp. 10,000 per liter, while BP-AKR is selling for Rp. 15,320 per liter. The price of pertalite can be cheaper because it gets subsidies from the government.

Often underestimated, it turns out that Jengkol has a lot of nutrition