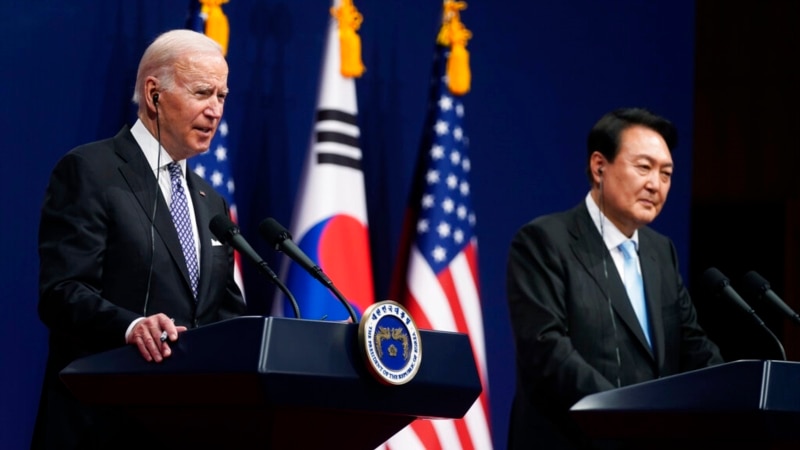 When US President Joe Biden arrived in South Korea for a two-day visit, his first stop was not a military base.

Instead, Biden visited a semiconductor factory – a visit meant to mark the importance of the US economic relationship with Asia.

Nonetheless, North Korea has never gone unnoticed, especially amid reports that Pyongyang is about to launch another major weapons test.

President Biden said, “We are ready to face whatever North Korea does. We’ve thoroughly considered how we respond to whatever they do, so I’m not concerned if you think so.”

Earlier, Biden and his South Korean counterpart signaled a tougher stance on North Korea. The US and Seoul indicated that they are likely to continue with larger joint military exercises. Biden also ruled out the possibility of direct talks with North Korean leader Kim Jong Un.

“It depends on whether he (Kim Jong Un) is sincere and earnest (wants to hold official talks),” Biden said.

This is different from the previous US president’s visit to Korea. At that time, former President Donald Trump arranged an impromptu meeting with Kim.

Senior Fellow at the Center for a New American Security, Duyeon Kim said, “They show that they really care about more meaningful things. They don’t take steps that tend to create drama or photo opportunities. And they really want to get back to credible and genuine talks and talks with North Korea. But the silence and the absence of any response from Pyongyang to Biden and Yoon’s offer, I think it shows that North Korea is not ready, maybe because of the pandemic or not interested because the two allies don’t meet Pyongyang’s preconditions, or both.”

Before leaving Korea, Biden was asked if he had a message for Kim. “Hello… Period. Thank you,” he joked.

Now, Biden is trying to focus on other things as he continues his tour of Northeast Asia. [ps/jm]