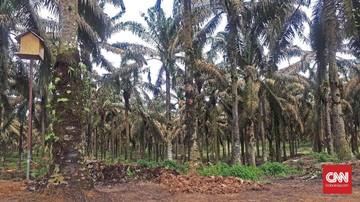 Administrative Court (PTUN) Jayapura, Papua, rejects two lawsuits by PT Inti Kebun Lestari against the Regent push, Johny Kamuru and the Head of the Sorong Regency Investment and One Stop Service (PTSP) for the revocation of the Location Permit and Plantation Business Permit (IUP).

“The lawsuits from palm oil companies registered under Number 29/G/2021/PTUN.JPR and Number 30/G/2021/PTUN.JPR were rejected by the Jayapura State Administrative Court,” said Johny in a written statement, Wednesday (12/1).

Now with the latest decision, Johny stated that his party has won all matters in PTUN until the land of thousands of hectares is returned to the indigenous community.

Regarding the latest PTUN decision, Johny said that the victory over the case being sued by PT IKL was a mutual success, especially for indigenous peoples. This is because the 34,400 ha land that was previously concessioned has now been returned to the indigenous peoples in Salawati, Klamono, and Segun Districts.

The Legal Counsel of the Regent of Sorong, Nur Amalia, and Petrus Paulus EII, think that the PTUN decision issued today is very appropriate. The reason, they said in the statement, PT IKL has a history of non -compliance with the licensing requirements issued since 2008.

This refers to the results of an evaluation conducted by the West Papua Provincial Government and the Sorong Regency Government, which was supported by the Corruption Eradication Commission (KPK) against PT IKL. The results of the evaluation said, PT. IKL does not have a Cultivation Right (HGU) as the main requirement for the operation of an oil palm plantation.

“Without HGU, planting activities cannot be carried out,” he said.

In addition, PT IKL also does not comply with various obligations in the Mining Business Permit (IUP).

“This includes facilitating the development of community gardens, obtaining land rights, realizing the construction of plantations and processing units,” he said.

For information, previously Sorong Regent Johny Kamuru was sued by three of the four palm oil companies whose operating licenses were revoked.

Johny said the revocation of the permit had gone through a field study and coordinated with the West Papua provincial government and the KPK Korsup team.

He said there were several reasons on which the revocation of the permit had to be carried out without tolerance.

“The point is, of the many hectares of land, only a few hectares are used for oil palm planting. Several times the company has changed management, with the same company flag and other reasons that became the basis for revocation of permits,” said Johny in Public Discussions and Online Press Conferences. by the Coalition of Civil Society for Papua, Monday (30/8/2021).

Lufthansa: Ticket Prices Will Rise Due to Soaring Demand and Energy Costs