MotoGP: Valentino Rossi reveals his relationship with his father

Graziano is a racer, and also Rossi’s biggest influence to become rider because he has introduced motorcycle racing from an early age to his son.

In fact, Graziano is the figure that Rossi has used until now to get enlightenment about what to do, including his decision to retire.

However, Rossi explains there are many interesting stories about him and his father, who he admits to be the most influential figure in his career.

“It’s very important, he is the type of person who is iconic in my life. I ride a motorbike because he is a racer,” said The Doctor, as reported by Motosan.

“He didn’t put pressure on me, but he had a huge impact on me. I watched it and always wanted to drive myself.

“All our communication is about the bike. He’s not a good father, I mean, when he’s with him, he’s always playing with the bike.

“He never went to the park with me and he never played football with me. When we spent time together he would look at me and say, ‘What do we do now? Ah, I made a small motorcycle: Here it is!’”

Being one of the influential figures in Valentino Rossi’s racing career, Graziano couldn’t believe it when his son decided to end his career.

Rossi has also said that Graziano wants him to try another season with his team in MotoGP by riding a Ducati motorcycle.

“Another thing I’ve learned from him, and one that’s very important to me, is not to take things too seriously. This is the way he always does. I learned that from Graziano.”

This time the Rossi family hopes for Luca Marini to make a new history in MotoGP. The man who was born in Urbino also emphasized that his family has a great passion for the world of racing.

“My mother wasn’t very normal either. You have spent part of your life with Graziano. So that’s definitely not normal!

“When Luca started riding his bike and showed good talent and speed, I said to Graziano, ‘So the talent comes from Stefania, not from you!’ He replied, ‘No, no’.” 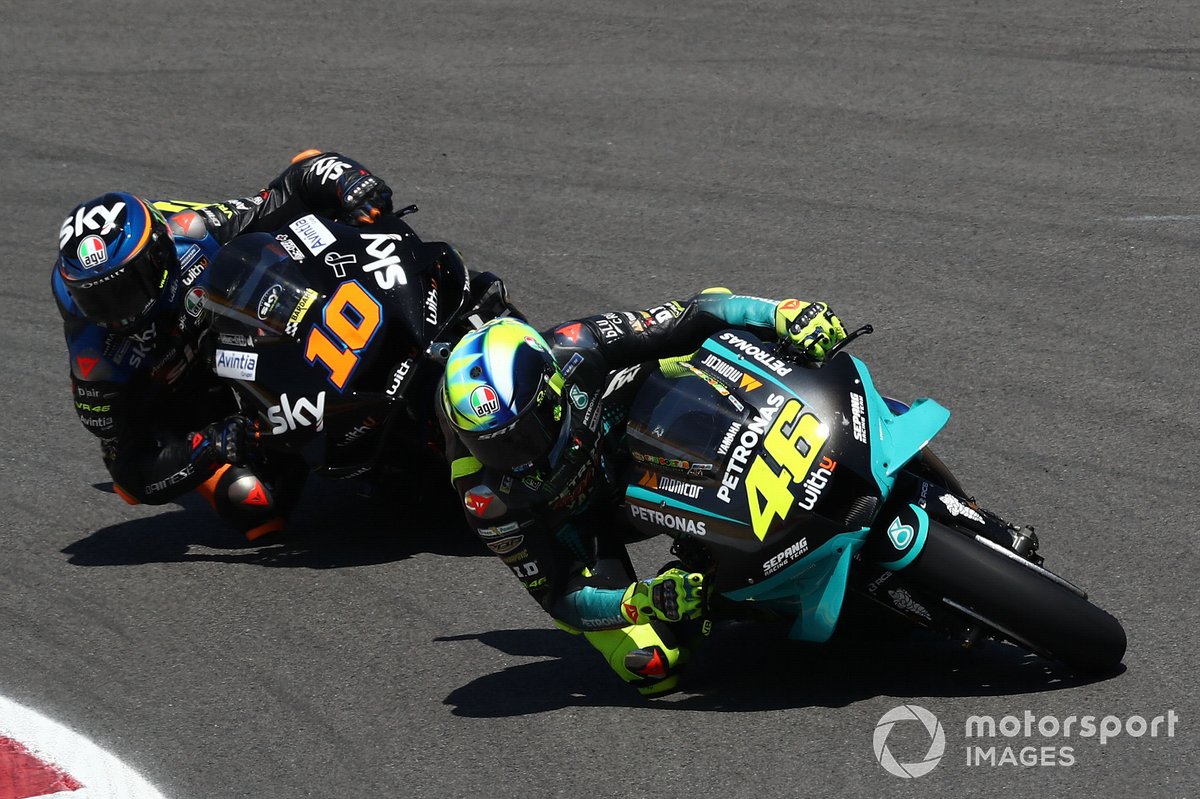