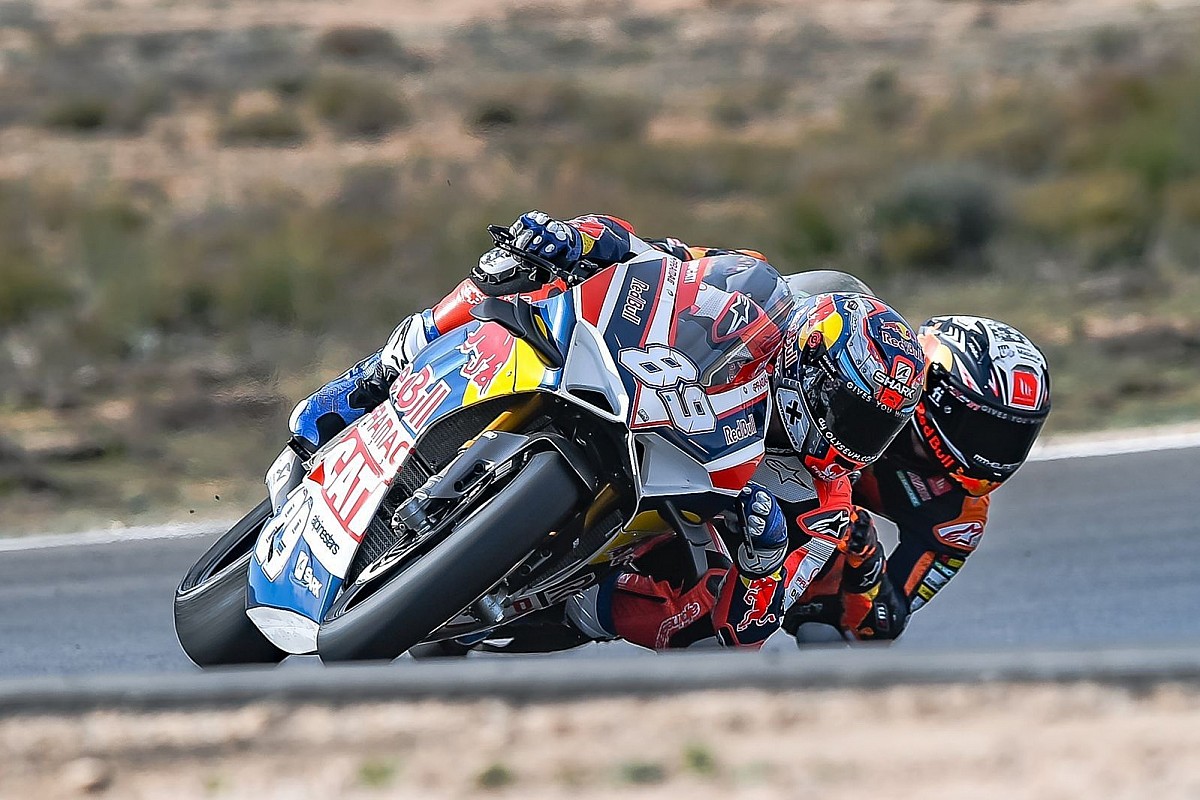 The season holiday is not only used by Grand Prix drivers to relax. Some of them have even started to bulldoze the race track again. Obviously, this is for the sake of preparation for 2022 which will soon roll.

24 hours before setting foot in Almeria, Rins previously rode at the Ricardo Tormo Circuit, Valencia. The rider perform with livery captivating. Wearpack and the GSX-R1000 he drives is predominantly black and red.

MotoGP 2022 marks Rins’ sixth year in the premier class. So far, his best achievement is when he secured third place in the 2020 final standings. On the other hand, last season, he was plagued with a lot of bad luck.

Then, Martin will return to defend Pramac Racing with Pramac Racing. The squad is no longer commanded by Francesco Guidotti, who officially moved to serve as KTM Team Manager. His position was replaced by Claudio Calabresi.

Acosta will embark on a new adventure in the Moto2 category as rider Red Bull KTM Ajo. El Tiburon in tandem with Augusto Fernandez. The duet of the two is certainly awaited, because last year the squad successfully won the title of racer and team.

Switch to Arenas. The 2020 Moto3 world champion is still being defended by the Aspar Team. However, he is now under the GasGas banner, and will become Jake Dixon’s teammate.