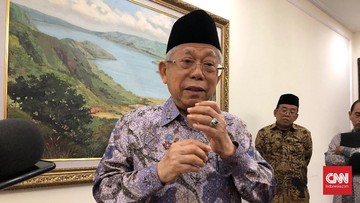 However, Masduki admitted that he did not know what type of booster vaccine would be given to Ma’ruf tomorrow. He said the decision rests with the presidential doctor.

“That’s the doctor who knows, the point is tomorrow,” he said.

Ma’ruf is known to have received the first stage of the corona virus vaccination in February 2021 and the second dose in March. The former PBNU Rais Aam was vaccinated using a vaccine produced from China, Sinovac.

At that time, Ma’ruf admitted that he did not feel any side effects after the vaccination. Ma’ruf often invites the public, especially the elderly, not to hesitate to vaccinate

Previously, the government decided that the booster injection of the corona vaccine would begin Wednesday (12/1).

The government prioritizes injections for the elderly and vulnerable groups. President Joko Widodo ensured free booster vaccines for the people of Indonesia.

News : My Hero Ultra Impact Will Get English Version in 2022, Pre-registration is Open! | GameBox

Valentino Rossi Is Afraid to Remember the 2020 Austrian MotoGP Incident

MotoGP to Hold Sprint Race in 2023