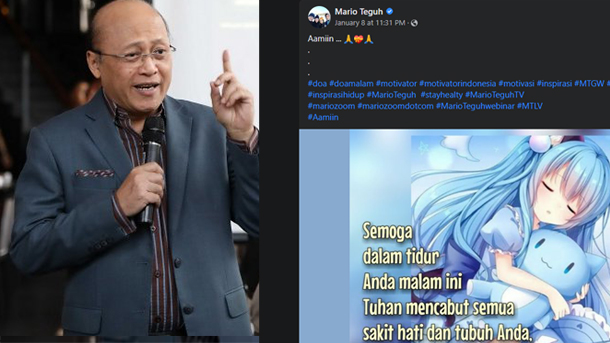 Who doesn’t know Mario Teguh? A motivator for the Golden Way, which was trending in Indonesia in the 2000s, it is now starting to dim in popularity, but there are still many Indonesian netizens who still follow Mario Teguh’s various social media, one of which is Facebook social media. However, in the past few days, Mario Teguh’s official Facebook has boomed, not because of a case, but because Mario seems determined to use anime images as a basis for his motivation.

Mario Teguh’s post immediately got a lot of attention from netizens. No less than 10 thousand engagements have been collected through that one post. This figure is a much higher number than Mario Teguh’s normal post.