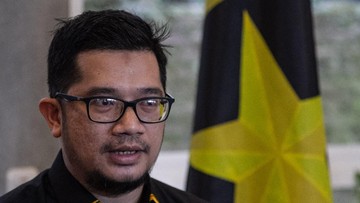 Mantu Amien Rais who is also the General Leader of the Ummah Party Ridho Rahmadi sue the presidential candidacy threshold rule (presidential threshold) in Article 222 of the Election Law. Ridho followed Gatot Nurmantyo and a number of figures who have previously filed a similar lawsuit to the Constitutional Court (MK).

Ridho filed the lawsuit together with the Secretary General of the Ummat Party A. Muhajir. They appointed a number of attorneys, including Refly Harun and Denny Indrayana.

Through a lawsuit registered with number 4/PUU/PAN.MK/AP3/01/2022, Ridho asked the Court to cancel the presidential threshold. He considered that the regulation was not in accordance with the 1945 Constitution.

He feels that the presidential threshold is not in accordance with the principles of legal certainty and justice. According to him, the regulation has violated the constitutional rights of the Ummat Party in nominating presidential candidates.

“The application of the threshold in the presidential nomination (presidential threshold) has implications for neglecting and/or violating the constitutional rights of the Ummat Party, in casu the Petitioner, as a political party that has the function of channeling the aspirations and/or opinions of the public in nominating a presidential candidate (right to be a candidate). ) in the 2024 general election,” said Ridho and Muhajir.

Previously, a number of figures filed a lawsuit over the presidential threshold regulation in Article 222 of the Election Law. They both asked for the regulation to be removed from the Indonesian electoral system.

Several figures who have filed similar lawsuits are Gatot Nurmantyo, Ferry Juliantono, and Fahira Idris. The first trial of Gatot’s lawsuit will be held by the Constitutional Court today.