Ferdinand Hutahaean Has No Plan to File Pretrial 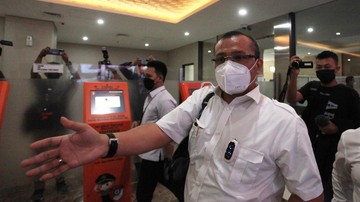 Ferdinand is known to have been designated as a suspect in the case of SARA’s alleged hate speech. The determination of the suspect relates to the ‘Your God is weak’ tease.

“Nothing yet, we haven’t thought about it yet. Because we see the process is very good, see from the administrative side, I think it’s clear, we don’t have to worry about it,” said Zaky to reporters, Tuesday (11/1). ).

Zaky said that the investigation and investigation process by the Dittipidsiber investigators of the Criminal Investigation Unit of the Police was carried out in a professional and transparent manner.

“So the service is very good, and this is a form of our appreciation as Indonesian people,” said Zaky.

Zaky said that his party respects the legal process currently underway in the police.

“Regarding the legal process that is running at the Criminal Investigation Unit of the National Police, we as citizens certainly respect it,” he said.

It is known that the legal case that ensnared Ferdinand Hutahaean was the result of a report submitted by the Indonesian Youth National Committee (KNPI) to the Criminal Investigation Unit of the Police.

Ferdinand was identified as a suspect and arrested. He is subject to Article 14 paragraph (1) and (2) of the Criminal Code and Article 45 paragraph (2) jo Article 28 paragraph (2) of the Information and Electronic Transactions Law with the criminal threat of up to 10 years imprisonment.

Ferdinand claimed the tweet was made because of his personal struggle with chronic illness. The disease is claimed to greatly affect his consciousness.