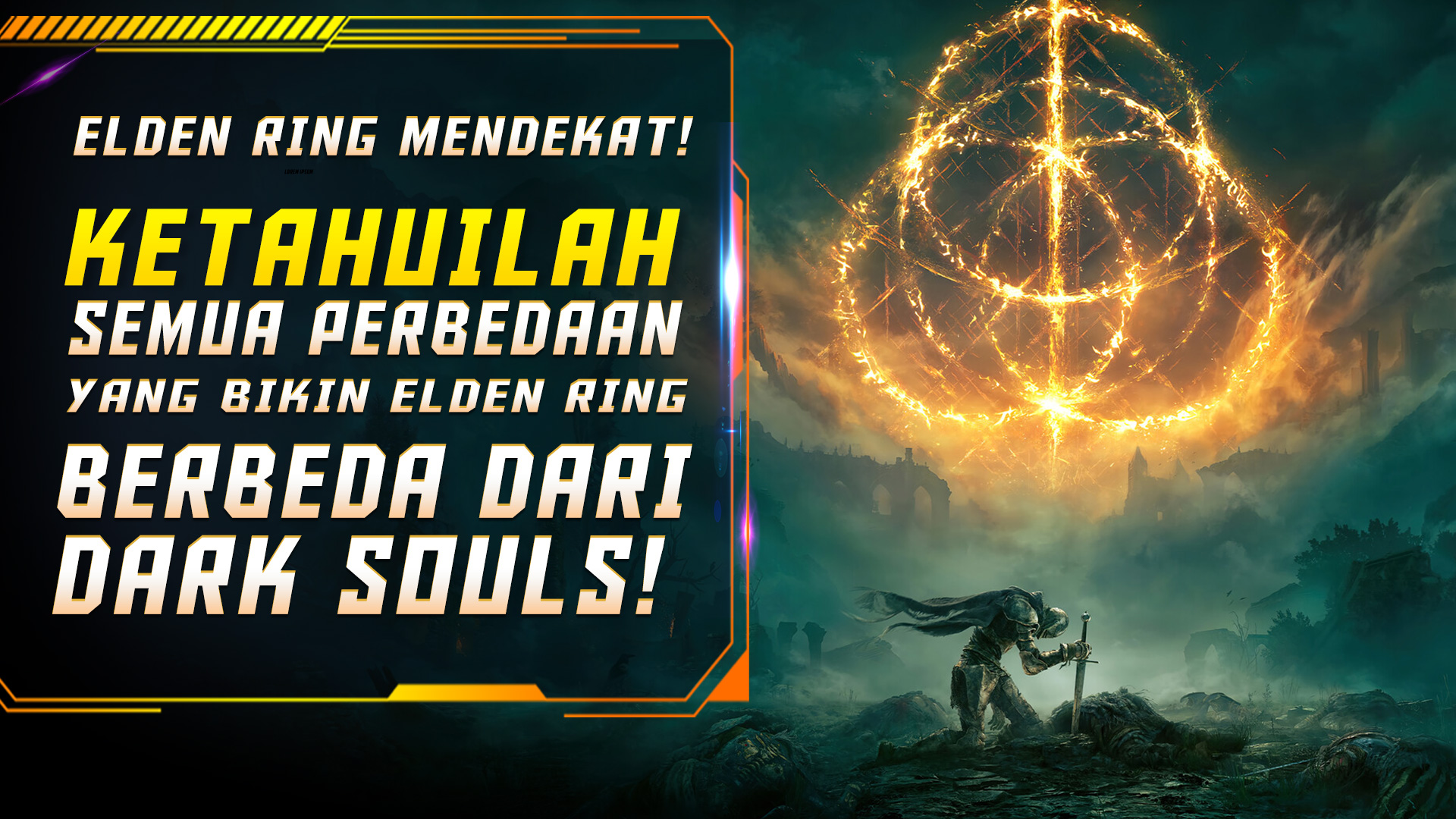 Entering the second week of January, more and more games are showing their fangs and potential to become game of the year, and one of the games that has the strongest potential is Elden Ring. With the collaboration of game developer FromSoftware, as well as story and world development from George RR Martin, of course Elden Ring is the game most gamers have been waiting for. However, how is Elden Ring different from other games from FromSoftware such as the Dark Souls series? Curious? Immediately see below!

This one will certainly be very visible from the first time we see the Elden Ring, where later the Elden Ring will present an Open World world that is freely explored by players and of course there will be no loading between areas. This is in stark contrast to the Dark Souls series, where in Dark Souls, the game area is divided into several large areas that can be explored.

Of course, it will be very difficult for us to explore a very wide world, but the horse or what is called Spirit Steed is not only a mode of transportation, but also offers battles on horses, where players can ride horses and attack various monsters. But this battle on a horse is very risky, because if you fall from a horse, you will be vulnerable to attack!

3. Spirits that can be summoned

Not only does it offer Coop, in Elden Ring you can get help in fighting. This time you can collect various monster spirits which, if you use them, can help you attack your opponent. Not only that, you can also use these spirits as a distraction.

4. The Art of Weapons That Can Be Used Across Weapons

For this one feature, players must be familiar with features in the Dark Souls 3 game, where there is a weapon art feature, or Weapon Arts, where each weapon has a movement or art that is unique to each other. In Elden Ring, players can use the so-called Ashes of War, where players can use special attacks from knives to weapons in axes, and so on. One of the drawbacks is that players must find Ashes of War items first.

Indonesia vs Myanmar: Sweeping Opponents for Mental Proof of Champion