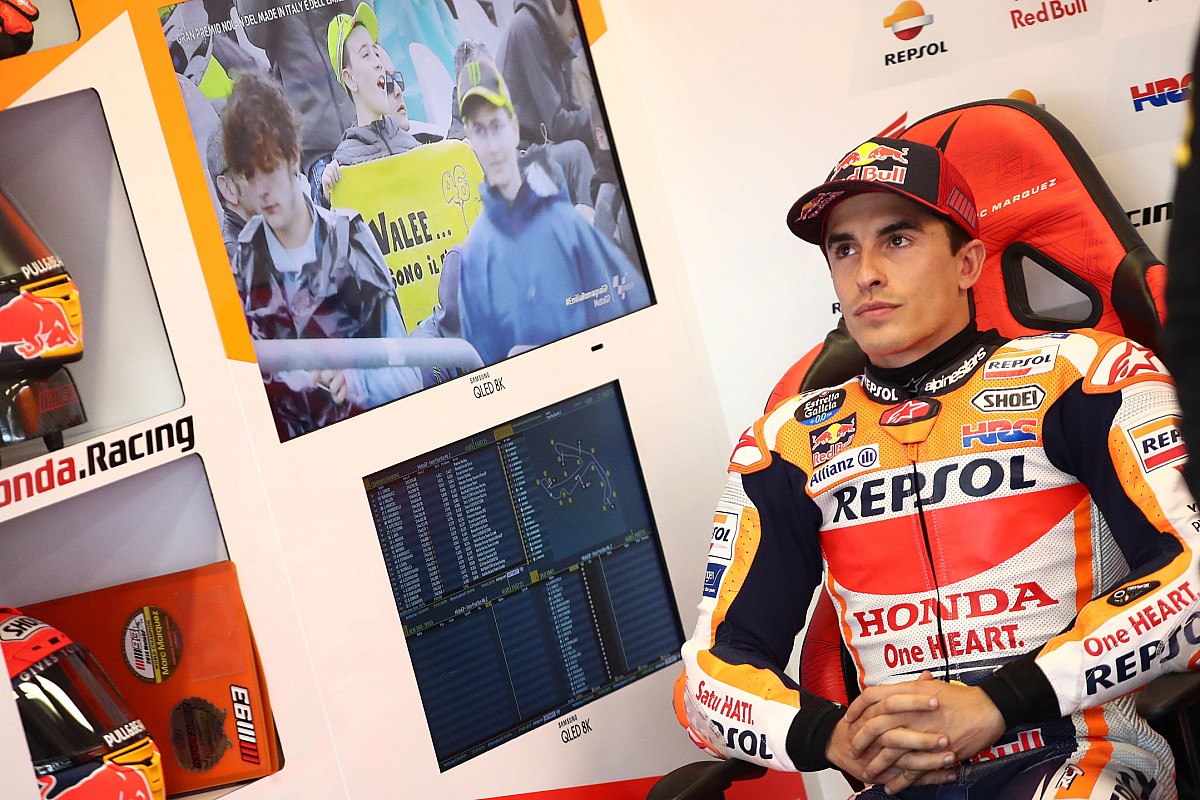 Honda will start the 2022 MotoGP World Championship on Friday (14/1/2022) by introducing its newest motorcycle, the Honda RC213V.

Like last year, this time Honda will also limit the number of participants at the press conference individually online in the introduction of their new motorcycle.

With the introduction of the 2022 version of the Honda RC213V, what will MotoGP lovers look like? The pre-season test which will be continued at the Sepang Circuit, Malaysia, February 5-6 will be a public moment to see Honda’s new motorbike.

However, not all HRC racers can be involved in the launch of the Honda RC213V later. The star, Marc Marquez, will not be able to attend because he has an important task.

“He will continue to focus on his recovery from his injury and preparations for the inaugural race of the 2022 season,” an HRC spokesman said GPOne.com.

With the absence of Marquez, Pol Espargaro, Alex Marquez, and Takaaki Nakagami are practically left, who will later unveil the Honda RC213V 2022 cover.

Marc Marquez will not only be absent during the introduction of the Honda RC213V. It is not yet known whether the Spaniard will be able to take part in the pre-season tests in Malaysia and Indonesia (at Pertamina Mandalika Street Circuit, Central Lombok) on 11-13 February 2022.

The reason is, in addition to carrying out the process of recovering from a wrist injury, Marquez is also known to have a vision disorder called diplopia (objects that are seen as if there are two).

If Honda decides not to take Marquez on launching RC213V, next Friday, it seems almost impossible for the Japanese manufacturer to reveal the current condition of the 28-year-old racer.

Except, Honda launched an official announcement about the condition of the star in the next few days.

As long as Marc Marquez has an arm injury that started at the beginning of the 2020 MotoGP, Honda tends to be silent about the condition of his superstar. As a result of Honda’s silence, there was a lot of speculation and rumors about Marquez’s condition.