US, Russia hold talks amid tensions over Ukraine 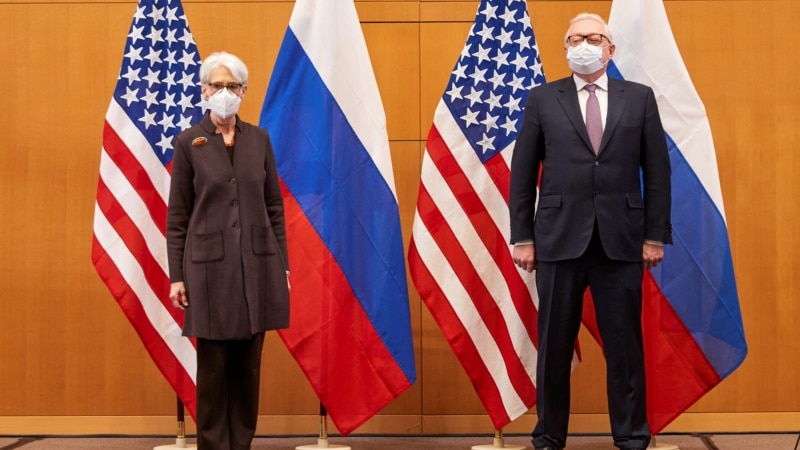 Top US and Russian officials officially held special talks on strategic stability Monday as part of diplomatic efforts in Europe this week aimed at easing tensions over Russia’s increasing military presence on the border with Ukraine.

Russian Deputy Foreign Minister Sergei Ryabkov and his delegation arrived under Swiss police escort at the offices of the US diplomatic mission in Geneva for face-to-face talks with Wendy Sherman, US Deputy Secretary of State, and her team. The meeting is part of the “Strategic Security Dialogue” talks launched by Presidents Joe Biden and Vladimir Putin at a summit last June in the Swiss city.

After an informal dinner on Sunday (9/1), Ryabkov expects the talks in Geneva to be difficult. The talks themselves will be followed by a NATO-Russia meeting in Brussels on Wednesday, and a multilateral meeting of the Organization for Security and European Cooperation in Vienna on Thursday.

Moscow is seeking to secure a range of concessions from the US and its Western allies, including guarantees that NATO will no longer expand its membership to ex-Soviet states such as Ukraine. To enforce its will, Russia has deployed some 100,000 troops along its border with Ukraine, raising concerns about the possibility of a more severe military intervention there.

State Department spokesman Ned Price said that at dinner Sunday, Sherman emphasized the United States’ commitment to the principles of international sovereignty, territorial integrity and the freedom of sovereign states to choose their own alliances. Sherman’s remarks referred to Ukraine and its aspirations to join NATO.

Sherman stressed that the United States would welcome the progress made through diplomacy, Price said in a statement. [ab/uh]

Iran, US to Start Indirect Nuclear Talks in Qatar