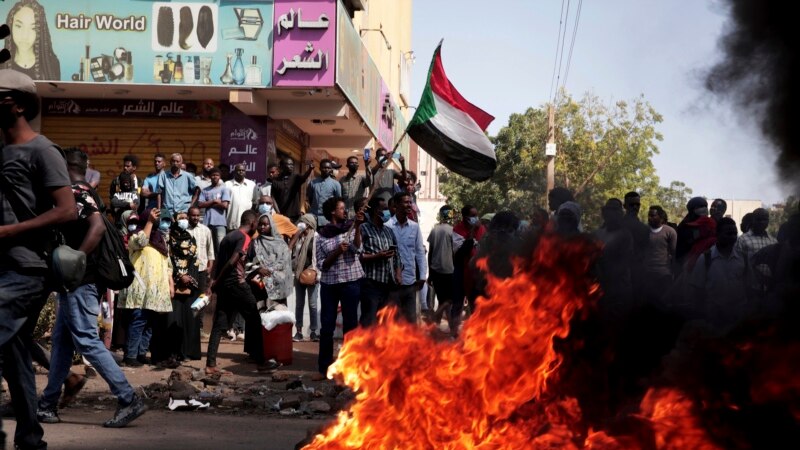 Sudanese security forces fired tear gas and stun grenades Sunday at thousands of demonstrators protesting against military rule in the country. The medical group reported that one demonstrator was killed in the incident.

The demonstrators marched from the Omdurman region to Bahri, two cities connected to the Sudanese capital, Khartoum. They chanted slogans against military leader Abdel Fattah al-Burhan, who came to power in a coup that took place on October 25, 2021. The power struggle abolished a transitional agreement to share power with civilians.

A man died after being hit in the neck by a tear gas canister, said an association of Sudanese doctors allied with the protest movement. But the group did not say where the deaths occurred.

The deaths bring the number of civilians killed by security forces since the coup to 62, according to the doctors’ association. The group also accused the military of repeatedly raiding medical facilities treating demonstrators and assaulting staff.

The military defended the coup, calling it a necessary “improvement” to stabilize the transition to elections from a treaty for power agreed by the military and civilians, following the ousting of president Omar al-Bashir in 2019. [vm/ka]