Electronic products that collaborate with well-known IPs such as from manga or anime are increasingly mushrooming, now it’s Realme’s turn to be wrapped in Dragon Ball nuances. Realme and Dragon Ball Z present a special smartphone from GT Neo 2 with the theme of an anime legend, namely Dragon Ball. The overall appearance starts from the color, design, to the completeness of the Dragon Ball themed box which is similar to the color of the clothes of the character Son Goku. Even the theme in this special edition GT Neo 2 phone also features Goku’s character. 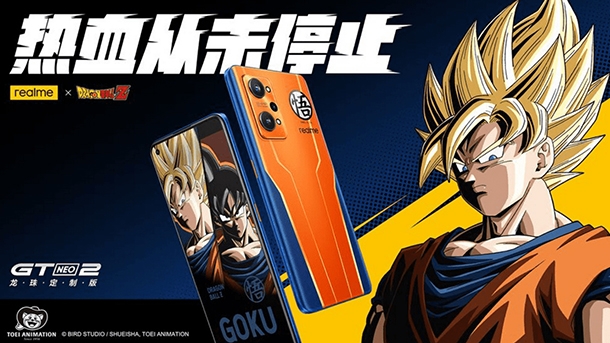 As a surprise and complement, Realme has also prepared a special gift card featuring various Dragon Ball characters. So that later on every purchase, users will get a random Dragon Ball gift card. In terms of price, Realme still sets the same price for the basic variant, which is around IDR 6 million. 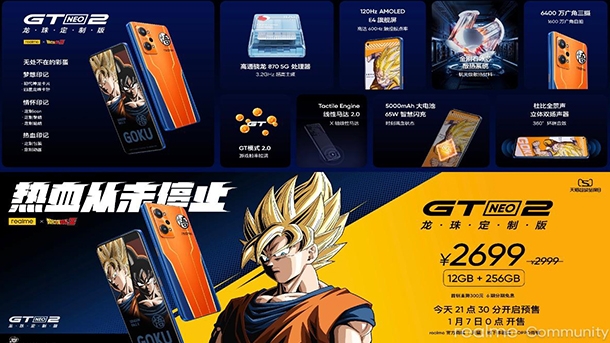 This gaming phone carries the Snapdragon 870 5G chipset with a 6.62-inch AMOLED screen coverage and a 120Hz refresh rate. The battery capacity is 5000mAh with support for 65W fast charging. However, this phone only comes with 12GB/256GB storage options. In terms of cameras, GT Neo 2 comes with a 64MP main camera and is supported by an additional 8MP Ultrawide, 2MP macro and 16MP front camera. For the official release, it will be held in China and there is no certainty whether this unique variant will come to Indonesia via official channels or not.