Valentino Rossi chose to retire rather than continue his career with the VR46 Racing Team which will debut in the MotoGP class in 2022.

The 42-year-old man entrusted his seat in his team to his younger brother, Luca Marini and his protege, Marco Bezzecchi, to race the Desmosedici GP.

But The Doctor has reasons why he doesn’t want to strengthen his own team in MotoGP. According to him, there is a big risk if he continues his career, even though a series of big sponsors await.

“It would be an interesting idea to race with my own MotoGP team. But in the end I decided not to do it, for my own reasons,” said Rossi Motosan.

“It would be a reasonable project if you could strengthen the team for two years or more.

“But, when it comes to just one season, there is a huge risk compared to the potential benefit to the team. So, I decided against it.”

Looking at Ducati showing great improvement over the last year, Valentino Rossi seems to have a chance to take his 10th title, or at least get a 200th podium.

Moreover, the VR46 Racing Team got a share of the factory team motorbike from Ducati, which is believed to be the strongest motorbike on the track this year.

“There are three titles I want to highlight. I think the first was in the 2001 season when I won the title in the last era of the 500cc two stroke engine.

“Then, I must mention the 2004 season when I became a four-stroke MotoGP world champion in my first year with Yamaha. After that, 2008 is still the most memorable, Because I was older at that time and people said my time was up.”

The title that Valentino Rossi got in 2008 gave a special impression for him The Doctor for beating the young racers and coming back from defeat in the previous two years.

“Usually, your career ends when you are thirty. But I changed my tire brand in 2008, from Michelin to Bridgestone, and that’s how I got back to the top. I beat Jorge Lorenzo, Stoner and Dani Pedrosa in 2008.” 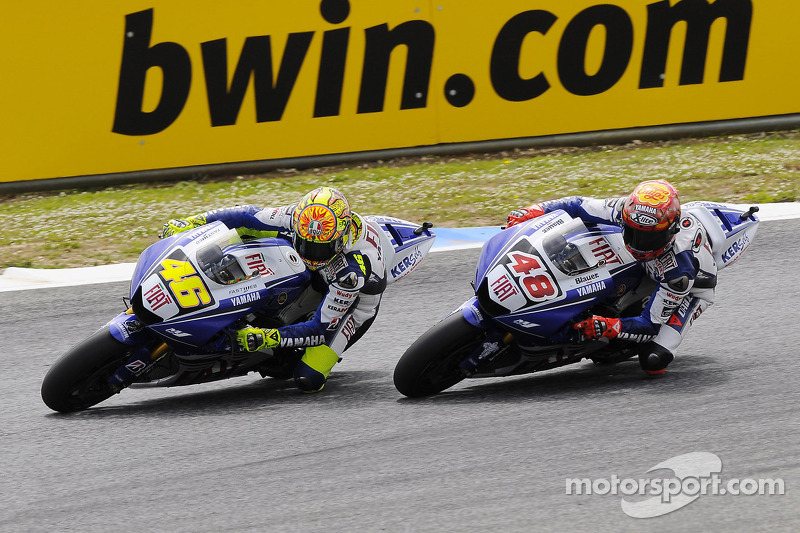