MotoGP: Danilo Petrucci admits he was wrong when he joined KTM

Petrucci decided to join Tech3 KTM in MotoGP 2021 after not getting a contract extension from Ducati.

The Italian’s best finish was fifth at Le Mans in good condition wet race and di Mugello is in ninth place.

But overall Danilo Petrucci’s form fell short of his expectations, with four exits from the race.

In fact, KTM Motorsport Director Pit Beirer believes Petrucci can win over the RC16 after seeing what he did with Ducati.

Releasing the concession status made KTM unable to do much improvement throughout the season. But slowly they fix the problem and each driver can improve performance.

“The performance of our bike has not increased significantly. The fuel makes a big difference, but we never improve,” Petrucci told Speedweek.

“Compared to the two factory team drivers (Brad Binder and Miguel Oliveira), Iker (Lecuona) and I always lose time to accelerate and in terms of high speed.”

Danilo Petrucci said throughout the season he was always trying hard to adapt better to the RC16.

Limited testing due to the Covid-19 pandemic was also one of the main reasons that made the 31-year-old man fail to perform quickly with KTM.

“Somehow I can’t shake the feeling that I was in the wrong team at both Ducati and KTM for the last two years at the wrong time,” he said.

“I have made a mistake. When I look back, I should have done it a different way.

“While it was the opposite, KTM was the best bike on the field in 2020, but unfortunately that will no longer be the case in 2021.

“So I was in the wrong place in the last two years. Now I really regret not being able to continue with KTM in MotoGP.” 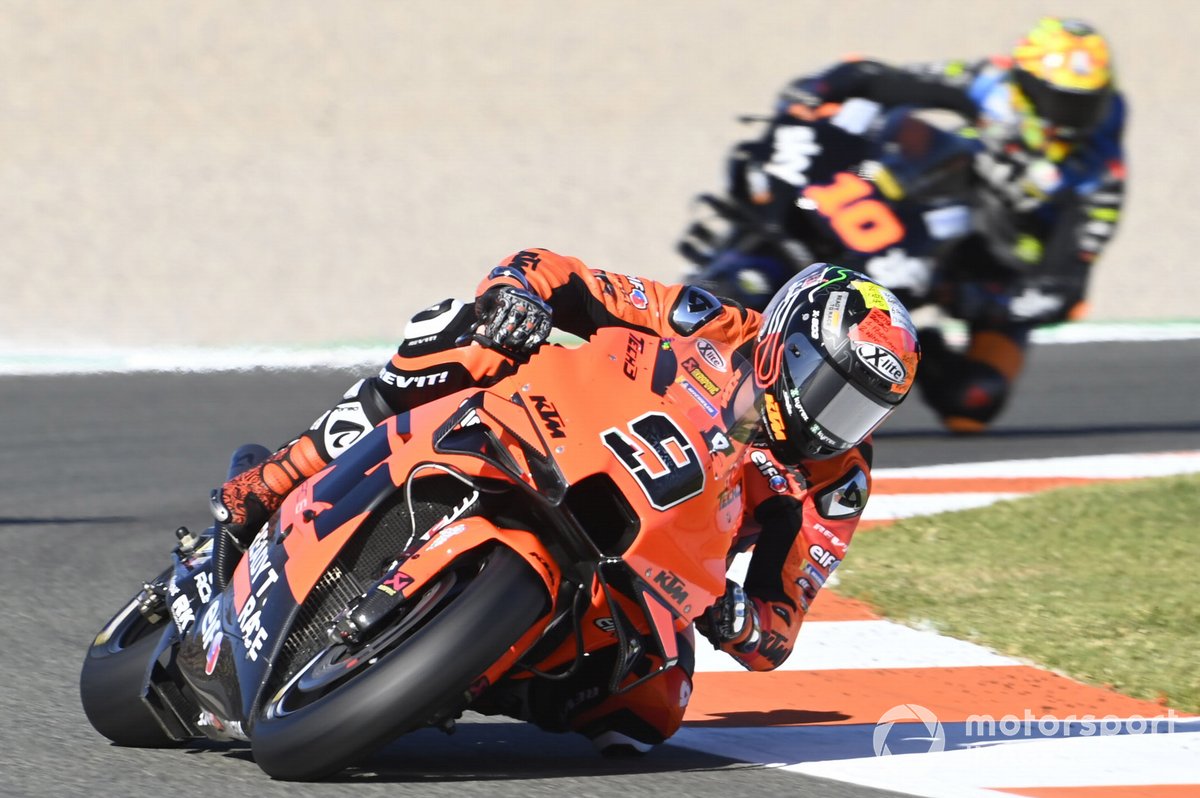 Danilo Petrucci also feels sorry for not being able to work with Francesco Guidotti, who had worked with him at Pramac Racing from 2015 to 2018.

“The bike hasn’t changed much for Iker and I over the years. There is only this little chassis update in Germany.”

“But we didn’t get anything that really changed the bike. At the start of the 2020 season, we were given the prospect of a different situation.

“However, I did everything I could to do well. I brought all my knowledge and experience from the past.

“At some point I said to Pit Beirer: ‘If you have to choose between Iker and me, you better move on with Iker. If you don’t change the bike and approach, I’m of no use to you’.

“It’s clear to me that they can’t just listen to one of the four drivers who also don’t deliver the results they want.

“In the summer it became clear that KTM had other plans and the Tech3 team would promote Remy (Gardner) and Raul (Fernandez).

“It makes me a little sad. Because now there are two new people at KTM: Fabiano Sterlacchini and Francesco Guidotti. These are the nicest people I’ve met in paddock MotoGP and the ones I’ve worked with.”

Stunting Prevalence in Surabaya is Still High at 28.9 Percent |nitoba.com