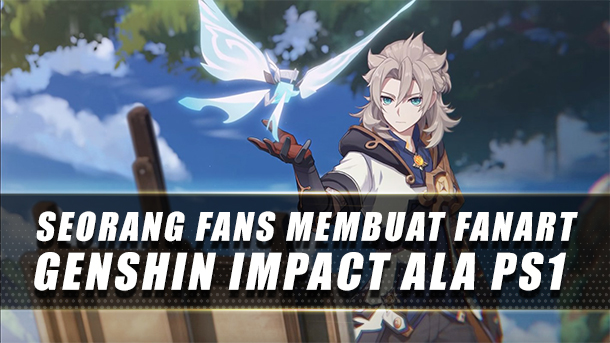 A Redditor by the name of ekasetyanugraha has created and uploaded his work on Reddit. She makes fanart which looks like a screenshot of Albedo’s character page complete with status, level, to weapons and artifacts that are currently being used.

Many comments praised this work, from those who felt nostalgic after seeing this artstyle to many who said that this fanart reminded them of Breath of Fire, Legend of Mana, to Chrono Trigger.

The funny thing is, there are also many comments that are out of focus and even wonder about the artifact that ekasetyanugraha has attached to his Albedo.