News : Sophisticated! China Creates an Artificial Sun that is 5 Times Hotter than the Real Sun | GameBox

In terms of technology, it seems that China’s efforts to become a leader in utilizing energy are indeed worthy of thumbs up. This is a huge leap forward for science after its nuclear fusion reactor dubbed the “artificial sun” was tested to be reactivated, setting the artificial sun back on record.

Solar energy is obtained from the fusion reaction in the core with a temperature of 15 million ° C. On Earth if we want to imitate the artificial sun, it must be with a much higher temperature, above 100 million ° C.

The research target is to make an artificial sun on Earth that can burn continuously (as long as it is fueled). pic.twitter.com/HMh7nLaO21 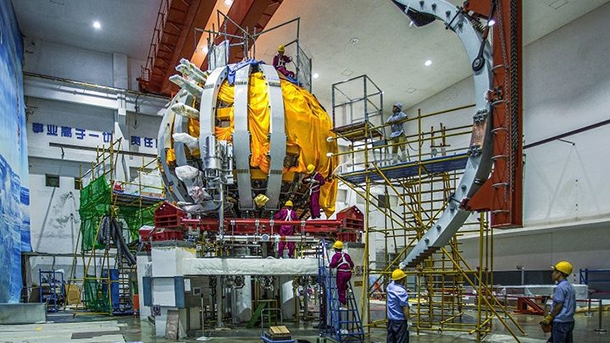 This makes China a leading leader in research into nuclear fusion, a process that naturally occurs inside stars, and a process that could theoretically provide unlimited clean energy if properly harnessed.

EAST, located at the Hefei Institute of Physical Sciences in Anhui, has been running since 2006, with scientists around the world using reactors to test fusion experiments. The concept of using nuclear fusion to produce energy has long been the ultimate goal of scientists researching clean energy production. This method does not require fossil fuels to run, and leaves no hazardous waste materials like the nuclear fission process in other commercial nuclear power plants.

Colorado Wildfires Cause $513 Million in Damage