MotoGP: Valentino Rossi is sad that he failed to reach the target

Rossi decided to retire at the end of 2021 after struggling to compete with the young riders in MotoGP.

In fact, there are still targets that have not been achieved and that is the biggest target that will establish him as the best racer in history.

Biggest opportunity The Doctor came in 2015, but he failed to get his 10th title due to losing to his teammate, Jorge Lorenzo.

After getting his 199th podium, in Jerez, Spain, in 2020, Valentino Rossi almost fulfilled it at the San Marino Grand Prix. Unfortunately, he still lost quickly to Suzuki’s Joan Mir, who finished third on the podium.

“What I regret the most is not getting my 10th title. I should also be able to increase the number of podiums from 199 to 200 in MotoGP,” said Rossi as reported by Speedweek.

“At least I was able to make (Giacomo) Agostini a little shaky and restless for a few years.

“I lost my tenth title, especially because I thought I deserved it.

“In 2015 I had a very high level of riding and speed. But I lost two MotoGP title fights in the final in Valencia, first against Nicky Hayden in 2006, and Lorenzo in 2015.

“It can’t be changed. Overall, I can’t complain about the overall record of my career.”

In addition, Valentino Rossi also admitted that he was disappointed because he failed to get a win when defending Ducati in 2011 and 2012.

In fact, the 42-year-old man really wanted to climb the highest podium, even fighting for the title with Ducati.

“No, I have no regrets, to be honest. Of course, the two seasons with Ducati were very difficult for me because we didn’t win races.

“But it is an interesting challenge. Italian riders on Italian bikes, it’s a challenge.

“Even winning with Aprilia in the 125cc and 250cc classes has shown me great satisfaction. If we win with Ducati it will go down in history.”

Until now, Valentino Rossi feels he still has the strength to fight for the victory and the podium.

“But, the time has come for me to retire. I have to accept it. I’m not happy with it, but I can’t avoid it.

“But I also realize that I will not live in peace if I stay until the end of 2022. After all, I still want to ride another 20 years!” 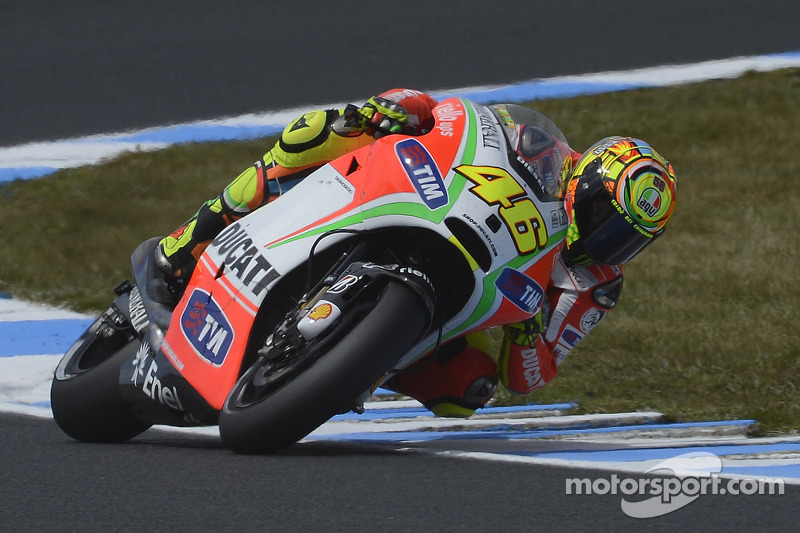