MotoGP: Brad Binder Not Worrying About His Performance in Qualification

Brad Binder is well aware that qualification is not one of his strengths. The South African (South African) racer who strengthened the KTM factory team won his first MotoGP victory this season rookieher, 2020.

Binder was able to repeat that success in the 2021 championship season. However, his impressive performance during the race sessions was not seen in free practice and qualifying, where he had not been able to penetrate the top five, let alone front row.

“Of course, I want to be fast on Friday (free practice), but I think it’s better to be slow on Friday, slow on Saturday (qualification), but not slow on Sunday (race),” said Binder.

“Fortunately, that didn’t apply to me (because I was able to be fast during the race). Otherwise I wouldn’t have a job,” the 26-year-old added with a grin.

Brad Binder attributes himself to regularly getting into better positions in the premier class throughout the weekends, with the fact that after 2020, 2021 will also be the season rookie extra for him.

Apart from racing on a completely new circuit for him with the MotoGP prototype, tires also played a role in Binder’s appearance. This is not denied by the 2016 Moto3 world champion.

“I use the front tire more than the other riders. I brake harder and usually slower. And if the front tire doesn’t provide enough support for it, there’s not much you can do.”

That statement was made by Binder at Spielberg in August, for example, where he noted that even the toughest tire compound Michelin has to offer is still too soft for him and KTM. 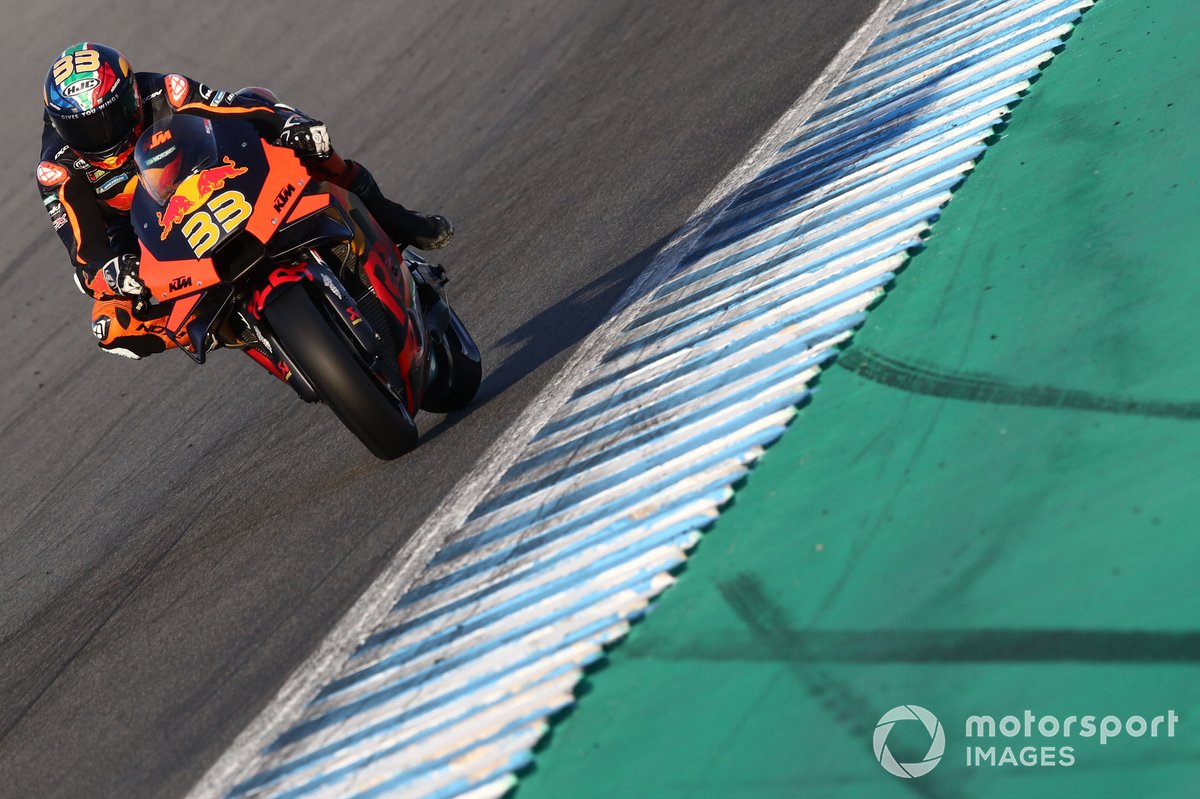 But the fact that Binder is a ‘Sunday Rider’ who can only really go fast in the racing session already happened before getting promotion to the MotoGP category.

In the Moto2 class, for example, the rider managed to record eight wins and a total of 15 podiums over three years (2017-2019). But in qualifying, he only broke into the top 3 times, including one pole position.

Even so, Binder is not too worried about his weakness in qualifying. “In the end, after you upgrade feeling and being able to take it from track to track, then it will improve on its own.”

So far, throughout his first two seasons competing in MotoGP, at least Brad Binder seems to have found feeling he needed to be strong in Sunday’s race session.