England Will Ban Flying Over Windsor Castle, Where Queen Rests 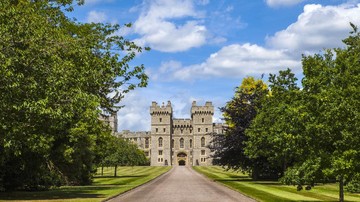 Police English planning to implement a no-fly zone over Windsor Castle, where Ratu Elizabeth II usually rest in the middle of a pandemic Covid-19.

Associated Press reported that the police had submitted the plan. If the plan is passed, the airspace above Windsor Castle will be freed from flight.

Aircraft of all types are prohibited from flying up to a distance of 762 meters and 1.5 nautical miles around Windsor Castle.

Police stress that they are not applying for this ban because there is a threat to security at Windsor Castle.

“[Rencana] This was brought forward not because of any threat or intelligence information, but to strengthen security at this iconic location and keep the people living in its vicinity safe,” the British Police statement said.

British police said the plan was part of an effort to tighten security around Windsor Castle.

The plan was announced weeks after police detained a 19-year-old man suspected of carrying arrows in the Windsor Castle neighborhood.

The Metropolitan Police stated that the man is currently undergoing treatment in hospital under the Mental Health Act.