US, NATO reject Russia’s demands for expansion of defense pact 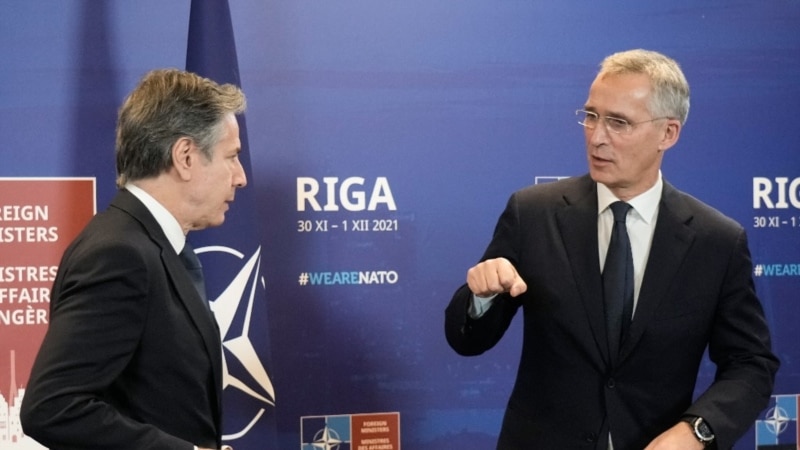 The United States and NATO on Friday unanimously rejected Russia’s demands that the defense alliance not accept new members amid growing fears that Russia could attack Ukraine, which wants to join the alliance.

The comments coincided with a complete rejection of a key part of Russian President Vladimir Putin’s demands for an easing of tensions with Ukraine. Putin wants NATO to stop membership plans for all countries, including Ukraine. The former Soviet republic is unlikely to join the alliance in the future, but NATO countries will not rule it out.

Blinken and Stoltenberg spoke separately after an extraordinary virtual meeting with NATO foreign ministers. The North Atlantic Council meeting is the first in a series of high-level talks over the next week aimed at easing tensions.

“We are prepared to respond to further Russian coercive aggression, but a diplomatic solution is still possible even if Russia wants it,” Blinken told reporters in Washington. He emphatically rejected Russia’s claim that NATO had promised not to expand eastward following the recognition of several ex-Soviet satellite states after the end of the Cold War.

NATO has never promised not to accept new recruits, Blinken said, accusing Putin of making arguments to distract from Russia’s military movement along the Ukrainian border.

“They want to draw us into the debate about NATO rather than focus on the issue at hand, namely Russia’s aggression against Ukraine. We will not be easily distracted from that issue,” Blinken said.

Earlier in Brussels, Stoltenberg made similar remarks as allied countries prepare for a series of impromptu diplomatic contacts that will begin between the US and Russian delegations in Geneva, Switzerland on Monday (10/1), followed by a NATO-Russia Council meeting and a meeting Pan-European with Russia on Wednesday (12/1) and Thursday (13/1). [mg/pp]

The Danger of Riya’s Sin, Including Minor Shirk Can Even Be Big Shirk |nitoba.com

News : Innersloth Reveals Ever Left Among Us Because It Didn’t Sell | GameBox