In the 2021 MotoGP season, Ducati seems to have a golden opportunity to claim the rider’s world title and finally welcome Casey Stoner’s successor.

As known, rider Australia, who won the premier class of the Motor Racing World Championship in 200, are still the only ones to claim the title with Ducati, although since then a number of top names have joined.

Among them, of course, Valentino Rossi, who has been racing for the Italian brand for two seasons. But that short period gave birth to painful memories for both Ducati fans and The Doctor.

What at that time was the main dream for Rossi, to see himself able to win with a third manufacturer and wear the national colors at the highest level, turned out to be a failure.

The switch after success with Yamaha to Ducati became a nightmare because it caused his performance curve to plummet. In two years, The Doctor was only able to reach three podiums without a single victory.

Since then, Ducati has restructured, its program has followed the change in direction initiated by Luigi “Gigi” Dall’Igna as General Manager and over time their performance has slowly returned.

Their comeback was marked by a win in 2016 after six years of famine. Then three seasons in a row, where Andrea Dovizioso emerged as the strongest opponent for Marc Marquez.

If the 2020 season, with its odd part due to the Covid-19 pandemic, proves complicated for Ducati, Francesco Bagnaia is able to take over and give birth to optimism in MotoGP 2021 so that it is called the favorite champion in 2022.

“It was a time when we weren’t made to fill each other up. At that time the bike was in accordance with Stoner’s expectations and difficult to interpret for a racer who is used to a more balanced motorbike.

But Domenicali believes Ducati’s ‘marriage’ to Rossi could be much happier if supported by the current Desmosedici. “Today’s Ducati is very different. I think he will do well with the bike he has now.”

Reunion between Rossi and Ducati?

Now the Desmosedici is proving much more convincing on track, to the point where it has become a much sought after bike in the market and Rossi finds another unexpected relationship with the factory Ducati.

His team, VR46, will make their debut in the MotoGP class this year in collaboration with Ducati, which has prepared two Desmosedici engines for rider them, Luca Marini and also rookie Marco Bezzecchi. 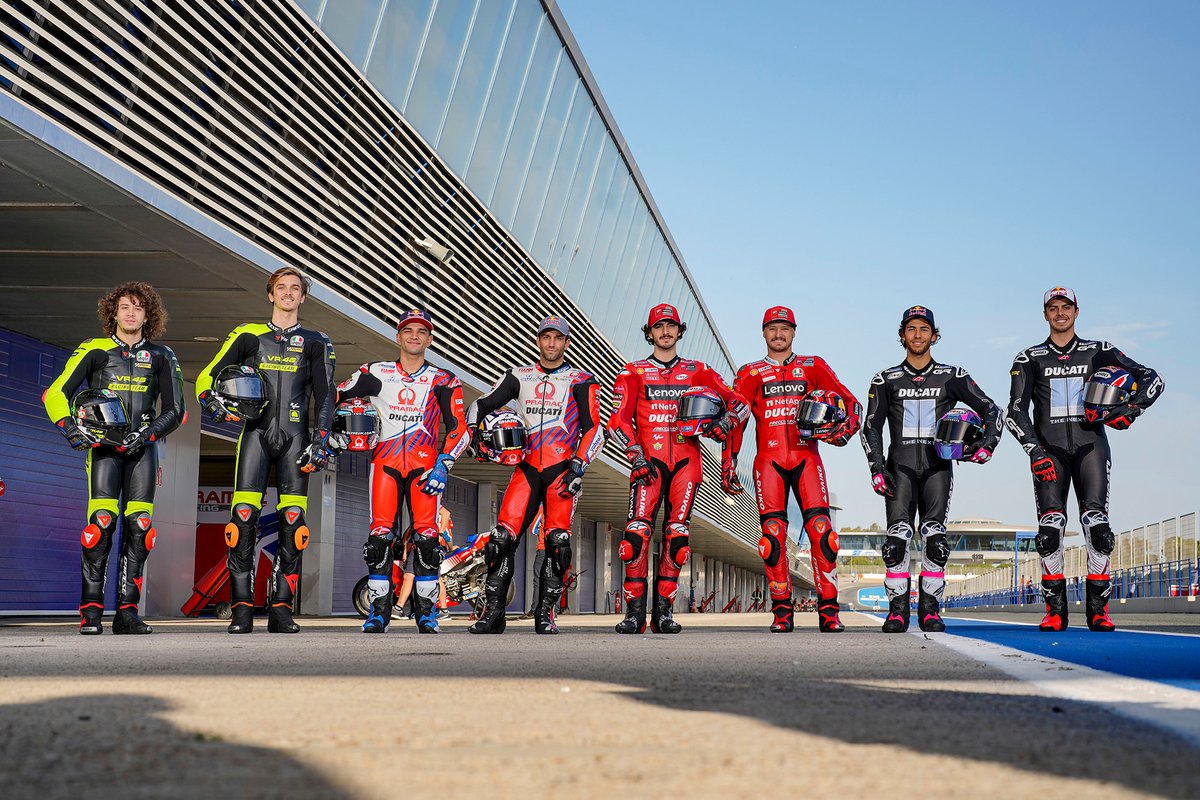 While the owner of the iconic number #46 has just ended his long career as a motorcycle racer after strengthening Yamaha for the last nine years, after a dark period at the Borgo Panigale.

But one thing is needed to raise the wildest expectations, and that is what if Rossi, as the owner of the VR46 Racing Team, takes the helm of the Desmosedici to participate in the test.

“That’s up to Gigi (Dall’Igna),” said Domenicali when asked about the possibility.

Gigi Dall’Igna, General Manager of Ducati Corse, said the day after the Valencia Grand Prix that it was too early to submit such a proposal to Valentino Rossi, but did not deny it.

“We haven’t talked about it. Asking Valentino for something at the moment seems very unintelligent to me because I don’t know what kind of relationship he still has with Yamaha and what he wants to do with Yamaha,” said Dall’IGna.

“I think it’s better to let him decide. He is Valentino Rossi, and frankly, in this environment (MotoGP), he can do whatever he wants,” the Italian added.

VR46 has hung its MotoGP fate on Ducati, as the Italian squad have joined their panel of satellite structures. On the other hand, Yamaha remains a partner through the VR46 Riders Academy and the new Yamaha VR46 Master Camp team in Moto2.

Evaluation of the horror of Peacock Traffic jam, Beware of Bakauheni’s backflow May 6-7