The status of the MotoGP world champion he got this season, was not enough to make El Diablo more confident when dealing with Rossi.

Rider The Yamaha Factory Racing admits that they often feel pounding when they interact.

“Valentino is the only rider that, until now, even though I’ve known him for many years, has had a certain effect when I see him, because I still see him as an idol, just like when I was four or five years old,” Quartararo told reporters. Solomoto, reported Motosan.

“It is very cool. I respect it because not only do I get nervous, but it’s always special to be with your idol, talking to you, being able to talk to him about various topics. He also invited me to ranch. He didn’t give me the desire to just be a racer, but rider A successful MotoGP.”

In the end, Rossi had to say goodbye to the event grand prize worked for 26 years. Quartararo experienced a memorable moment by having a round of respect with The Doctor at the Valencia MotoGP.

“However, the time will come for all of us to end our sports careers. Vale’s career lasted. It’s very long and very cool. All we have to do is congratulate him on his career and thank him for everything he does for MotoGP.” 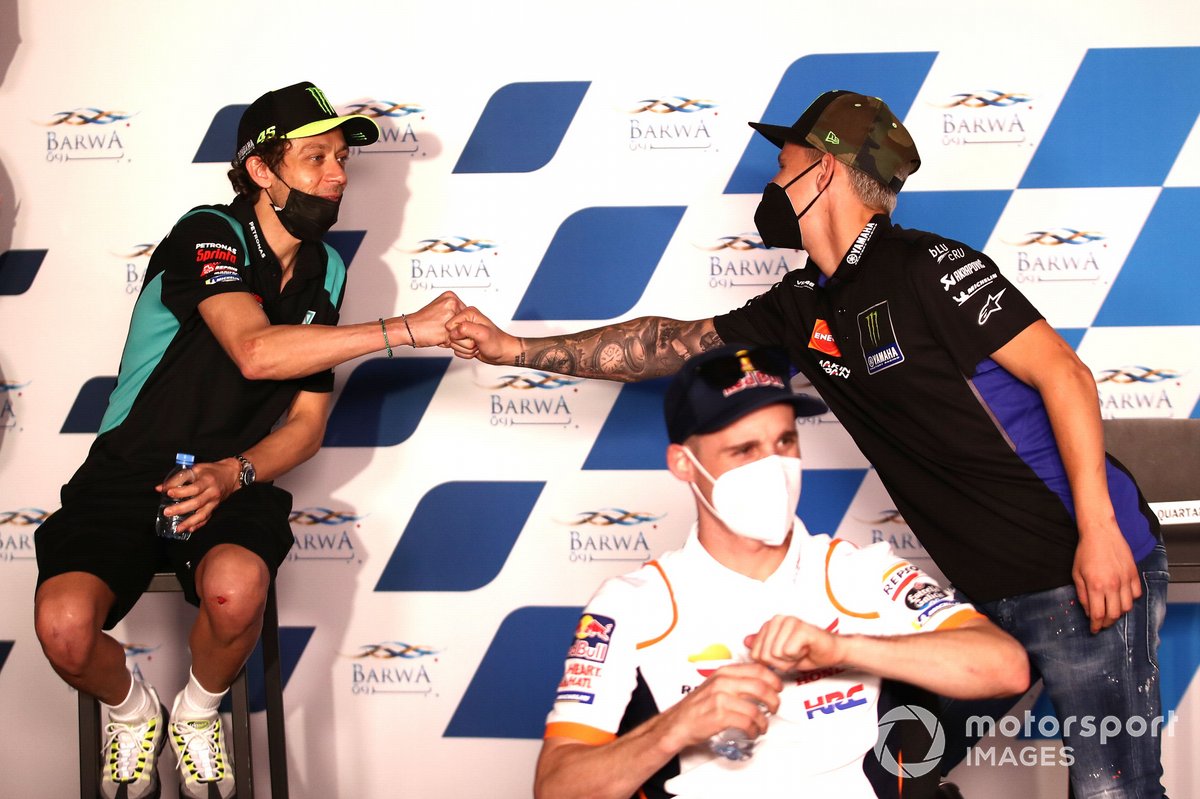 Pedro Acosta is a sensation in Moto3, which fascinates riders of his level and above.

Quartararo saw the great potential of Acosta to be a threat when the 17-year-old teenager moved up to MotoGP in two seasons.

“This racer is the future. Winning in the first year playing in Moto3 is very difficult. I remember at Jerez they put him under pressure that a young rider can handle,” said Quartararo.

“To put him in a press conference with the MotoGP riders is something impressive. But, he knows how to do well because he is very strong mentally, especially in racing.

“In two years, or sooner, he will be fighting for the MotoGP title, which he will be attending very soon. He is the future!”