Gardner is the son of a legendary world champion, Wayne Gardner. Even so, the Australian racer is determined not to be in the shadow of his father, and wants to find his own path to success.

Finally, Remy Gardner put his name in the list of the best drivers when he won the 2021 Moto2 title, last November.

This success made him trusted by KTM to tread a higher path by strengthening Tech3 in MotoGP in 2022. In fact, the opportunity was given before he became the Moto2 world champion.

“I’m Remy Gardner, not Wayne,” Gardner said. “I’ve had a lot of difficult moments over the years, moments that could have broken my mentality.

“You can’t go on living with bad memories, you have to keep going, learn from your mistakes and try to be better.”

This year, Remy Gardner has benefited greatly from what he has learned so far. The 23-year-old racer looks calmer and can think carefully when a problem occurs.

But, Gardner also learned a lot in the tight battle for the world title throughout this season.

“I think I’ve learned a lot this year, especially how to deal with pressure. In particular, facing a teammate like Raul (Fernández) who is very fast, a rookie who has handled this situation very well,” he said.

“I think I’ve learned a lot this year, and I’m definitely going to take it with me for the rest of my life, no matter where it is, in MotoGP or doing something else. So it’s definitely been a special year.”

Remy Gardner also feels what he has got so far is enough to make him appear fast in MotoGP.

Likes to ride a big motorbike and train in dirt track also a good capital for Gardner to conquer the MotoGP bike.

“I will make another dream come true by racing in the premier class, with the big drivers,” he said.

“This is the dream of every little boy who wants to be a racer. The dream isn’t over yet, now the fun part begins!

“I’m really looking forward to it. It’s clear that there’s a lot to learn, Raul will go fast, he’s adapting quickly so that would be great.

“I think we will push each other and I hope we will help KTM and that will strengthen the whole situation.

“Hopefully we can have a good year and have fun with this bike. When you see where we’re coming from, it’s absolutely incredible.” 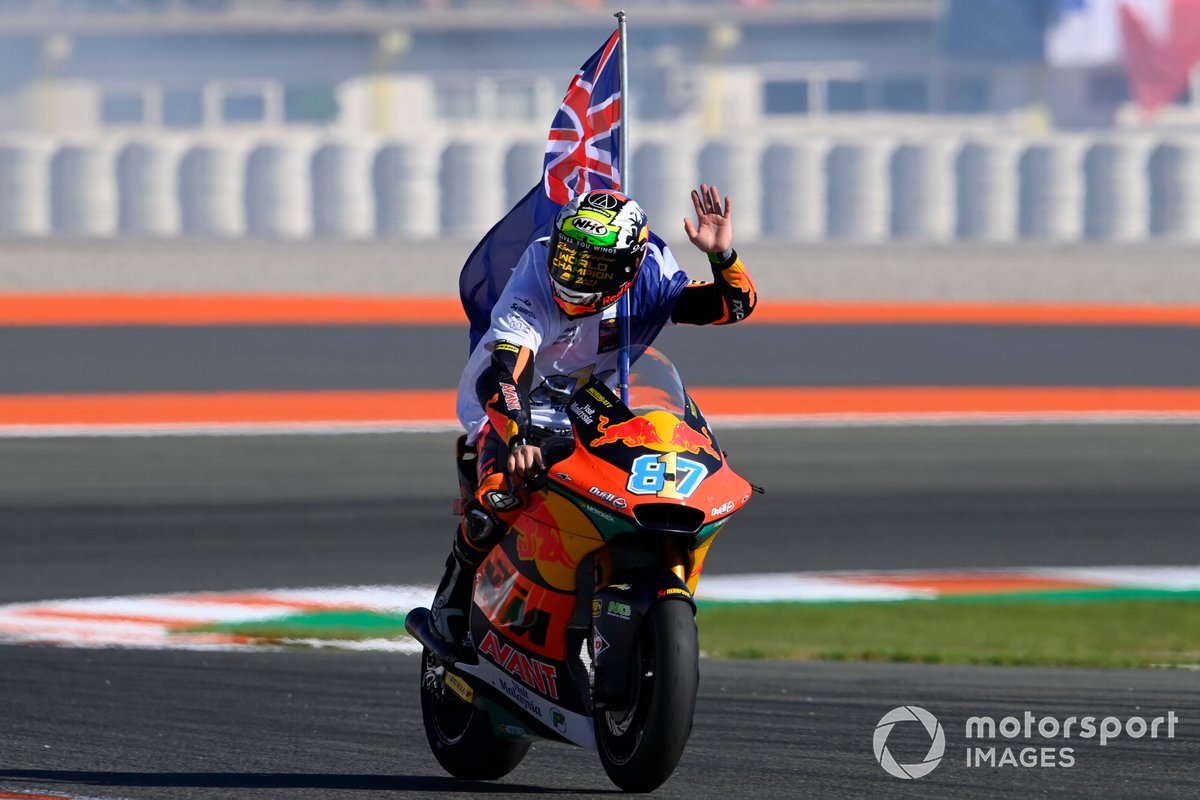 VOA Live Report for TVRI: Handling Omicron Variants in the US