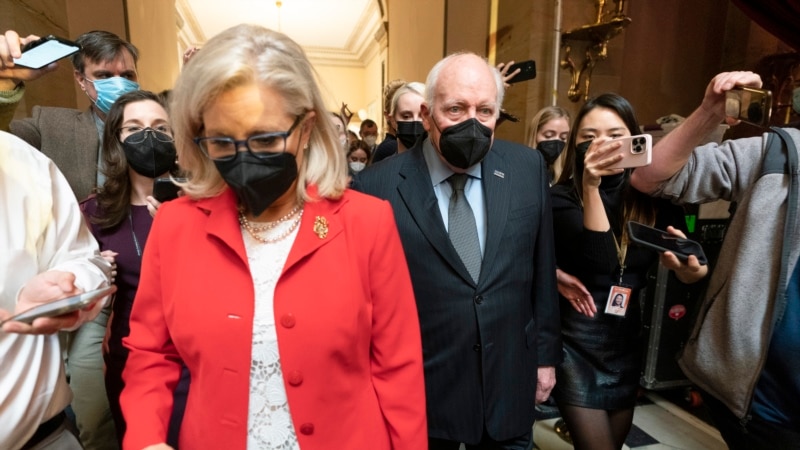 Former Vice President of the United States (US) Dick Cheney suddenly appeared in the House to show support for his daughter, Liz Cheney, a member of the House of Representatives from the Republican faction representing Wyoming.

They were the only Republicans to attend a brief session of the House to commemorate the one-year anniversary of the January 6 attacks on the US Capitol Hill. The father and son sat in the front row on the Republican side of the House chamber while members of Congress held a moment of silence and House Speaker Nancy Pelosi thanked members of the US Capitol police for the work they did that day.

After leaving the capitol, Dick and Liz Cheney spoke briefly to reporters as they walked into the Capitol.

Liz Cheney has been ostracized by her fellow Republicans in the House for criticizing former President Donald Trump. He served as deputy chairman of the congressional commission investigating the January 6 uprising. In May 2021, Republicans stripped that faction chair of the House of Representatives because Liz emphatically rejected Trump’s false claims that she won the presidential election.

On one occasion, former vice president Dick Cheney was asked if he was disappointed with the way Republicans treated Liz Cheney. He replied “my daughter can take care of herself.” [mg/ka]

Expert Asks to Open Access to Draft RKUHP, DPR Reluctant to Go Forward Must Be Backed Up

It is forbidden to take a shower when it rains heavily and there is lightning, why?