Chronology of Corruption in the State’s Export Losses Rp.2.6 T Revealed by the AGO 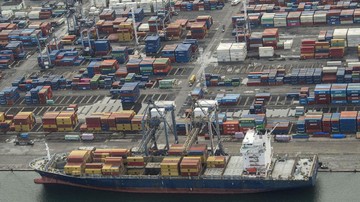 Attorney General’s Office (AGO) identify five suspects in connection with the alleged case corruption implementation of national export financing by the Indonesian Export Financing Agency (LPEI) in the 2013-2019 period on Thursday (6/1).

The suspects were snared after investigators conducted a series of examinations to investigate the case. It is suspected that the corruption case has cost the state finances up to Rp. 2.6 trillion.

The Head of the Legal Information Center (Kapuspenkum) at the Attorney General’s Office, Leonard Eben Ezer Simanjuntak, said that this case was related to the process of providing financing to debtors in a number of companies that did not follow the principles of good corporate governance.

“It is not in accordance with the LPEI Credit Policy Rules so that it has an impact on the increase in Non-Performing Loans (NPL) in 2019 by 23.39,” Leonard told reporters, Thursday (6/1).

He said the finance company had suffered a loss for the current year of up to IDR4.7 billion as of December 31, 2019.

The collapse of the credit granting process could not be separated from the role of the suspects who came from internal or external elements of the company.

The state losses arise, said Leonard, because LPEI provides financing facilities to eight business groups consisting of 27 separate companies. The process, he said, did not comply with the regulations, causing the company to experience a collectability of five or crash.

The first business group to receive funding from LPEI is the Swallow Group, which consists of three companies. In total, this group received a financing facility of Rp576 million which was separated between companies.

“Due to the state’s financial loss, investigators have named a suspect,” he explained.

In financing this business group, the Prosecutor’s Office suspected that the suspect Arif played a role in breaking the financing process from beginning to end against the swallow group.

Then, the second business that allegedly received financing without complying with the law was the Johan Darsono Group, which consisted of 12 companies.

“That for the Johan Darsono Group, the total Financing Facility provided by LPEI is approximately Rp. 2.1 trillion,” said Leonard.

“From the preliminary calculations of investigators, it resulted in state losses of approximately Rp. 2.6 trillion and currently the BPK RI is still calculating state losses,” he added.

Prior to the determination of the suspect, this case was going through quite a lot in the Attorney General’s Office. In fact, investigators named a lawyer named Didit Wijayanto Wijaya as a suspect in the corruption case for allegedly obstructing the investigation.

He allegedly asked the witnesses not to give information to the AGO. As a result, the AGO investigators have difficulty solving this alleged corruption case.

Didit was later arrested by investigators after being absent from the call twice on November 26 and 30. He was detained for 20 days from November 30 to December 19 at the Salemba Detention Center at the AGO branch.

News : Blacklist Plays Bad, Mobazane: If Wise Doesn’t Comeback, I Think I Can Help Them! | GameBox