Throughout 26 seasons down in the world championship, Rossi competed in 432 Grand Prix. If the number of Grand Prix since it was first held in 1949 reaches 974, it means that Rossi has dropped by 44.2% of them.

The Doctor did only finish in 26th place in the 2021 MotoGP final standings and P15 in the previous season, which was shortened due to the outbreak of Covid-19. Despite the bad nicks in the last two seasons, no one can deny the greatness of Rossi.

His first debut in the Motorcycle Racing World Championship by competing in the 125cc class at the Malaysian GP at the Shah Alam Circuit in 1996, Rossi only managed to win his first victory at the Brno Circuit, Czech Republic in 1997.

After that win at Brno, the rest is history. Rossi last lifted the world championship trophy in 2009 aka 13 years ago.

It didn’t take long for Rossi to name what year titles had the greatest significance for him during a career of more than two decades in world motor racing.

“There are at least three world titles that I highlight,” said the racer who was expecting the birth of his first child, as quoted by Antara Speedweek.com. 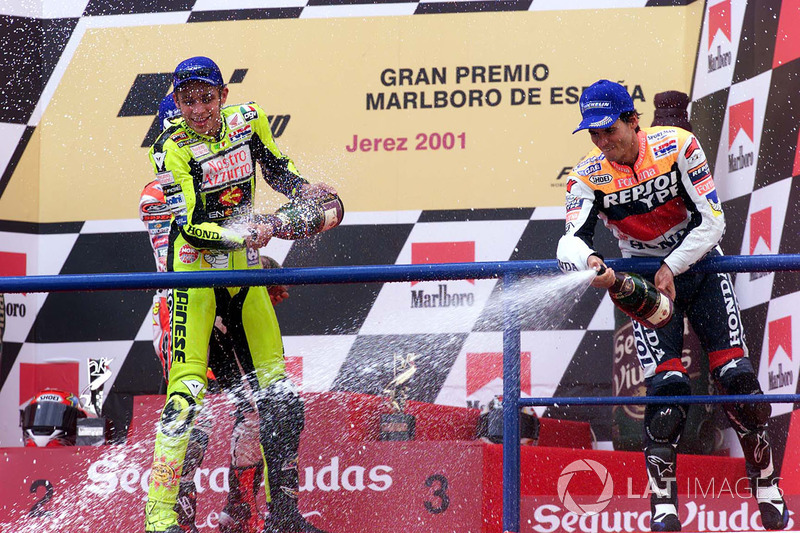 “The next victory in 2004, when I managed to become world champion MotoGP 4-stroke engine for the first time with Yamaha.”

Valentino Rossi then said that the last most memorable title was when he won the 2008 MotoGP world championship trophy. There are at least two factors that make the 2008 MotoGP title very important for Rossi.

First, at that time he had just lost twice in a row (in the race for the MotoGP title) to Nicky Hayden (in 2006) and Casey Stoner (2007). At that time, many people called Rossi’s glory was over. 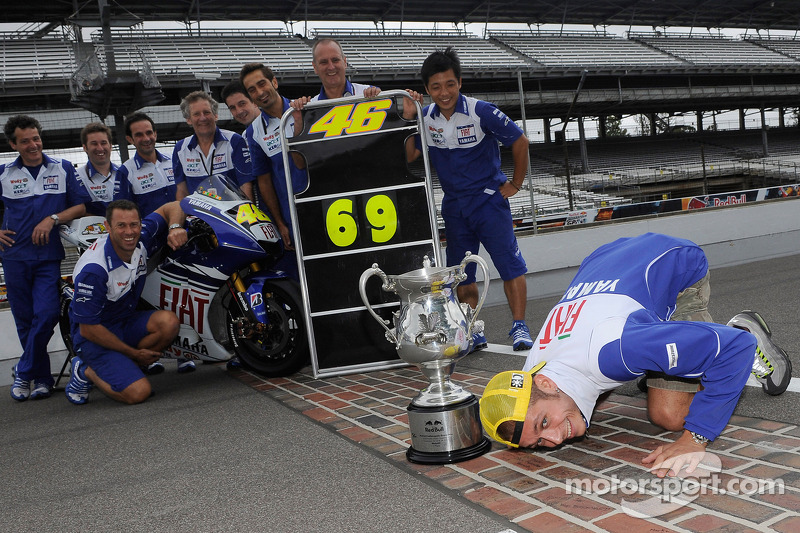 Valentino Rossi with his FIAT Yamaha Team celebrates his 69th victory in the premier class (MotoGP/500cc) when he became the fastest at the 2008 Indianapolis GP. Rossi looks after kissing the Yard of Bricks which is the icon of the Indianapolis Circuit.

However, Rossi answered the criticism with the 2008 MotoGP title. He even managed to defend it a year later.

“Usually, your career will start to end when you approach the age of 30. However, at that time I asked the tire supplier for me to be changed from Michelin to Bridgestone. That’s one of the reasons why I was able to bounce back in 2008,” said Rossi.

“On the way to winning the 2008 MotoGP title, I managed to beat a number of top riders at that time such as Jorge Lorenzo, Stoner and Dani Pedrosa.”