The Way of Discovery of Zealandia, the ‘Continent’ Hidden at the Bottom of the Sea 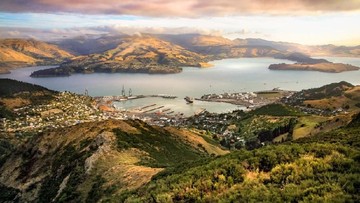 Continent Zealandia lost millions of years ago has been found, and is being mapped by researchers.

Researchers are conducting an ocean mapping expedition to delineate the boundaries of the continent of Zealandia, the lost continent of New Zealand and New Caledonia in the South Pacific.

Zealandia separated from the great continent of Gondwana between 79 and 83 million years ago. Apart from New Zealand and New Caledonia, fragments of this large continent are now on the seabed and are being investigated for their existence.

It is six times larger than the next largest continental fragment, the Madagascar microcontinent.

Zealandia, also known as Te Riu-a-Māui in Māori, was claimed as a continent in 2017. Since then, researchers have been working to map the lost continent.

However, the mapping process did not run easily, because 94 percent of the continent’s territory is under water.

An earth scientist at the University of Queensland in Australia, Derya Gürer and his colleagues have reportedly collected new data on the northwestern edge of Zealandia which lies offshore in Queensland’s Coral Sea Marine Park.

“Our expedition collected seafloor topographic and magnetic data to gain a better understanding of how the narrow connection between the Tasman and Coral Seas in the Cato Trough region – the narrow corridor between Australia and Zealandia – formed,” Gürer said in a statement. a statement.

Gürer said that the area between the Australian plate and the Zealandia plate is likely to be very complicated. According to Gürer there may be several submerged microcontinents in the region, all of which broke off from the main continental mass when Australia broke away from Gondwana.

The great continent of Gondwana itself included what is now South America, Africa, Antarctica, Australia, Zealandia, Arabia and the Indian subcontinent.

Reported from Live Science, the mapping is part of the Seafloor to Seabirds expedition in collaboration with the Schmidt Ocean Institute.

Continue to the next page..


Zealandia and the Ring of Fire

One Page of Spider-Man Comic Sold For A Record $3.36 Million Auction