Chantra makes category debut intermediate in 2019. He made a surprise when he managed to secure grid second after qualifying for the Austrian Grand Prix. And the driver converted that slick achievement to finish 12th.

Honda Team Asia then retained Chantra for Moto2 2020. Despite the 25th place he placed in the final standings, he was still able to score points at the Red Bull Ring and Le Mans.

Reflecting on the progress, Honda Team Asia also renewed Chantra’s contract in 2021. The young man born in Chonburi turned out to have made quite a significant improvement, where he often fought in the middle board.

A total of 37 points were packed by Chantra over the past year. His best achievement is fifth in Austria. Thanks to that nick, the driver’s rank was boosted to 18th in the final standings.

“I felt great from the first time I visited the Red Bull Ring. And this season remains the same, finishing fifth in a great race.”

“The team is very happy to achieve the best collective result ever, as my team-mate, Ai Ogura, is second.” 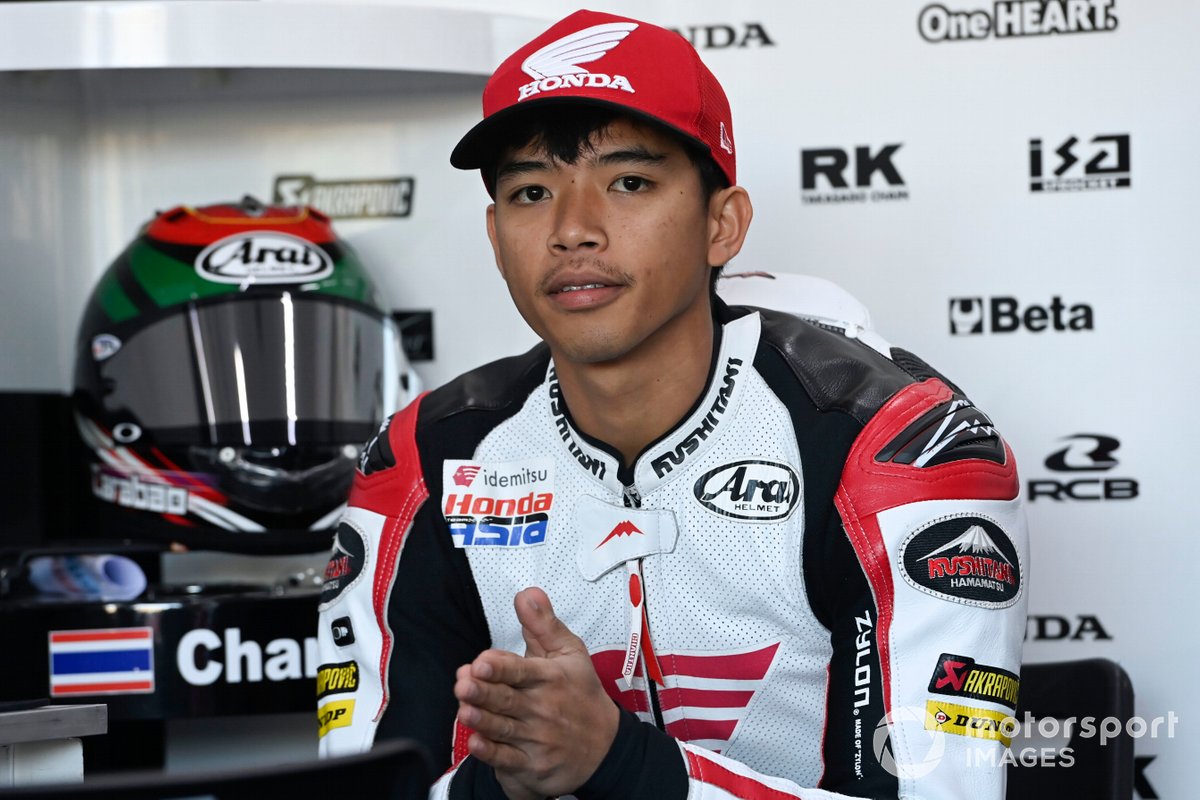 Talking about evaluating his performance throughout Moto2 2021, Chantra said he was happy to work with all Honda Team Asia personnel.

“I have improved a lot since last season, both as a rider and as a person,” he said.

“The staff we have in the group are impressive. They helped me a lot, gave me a good bike in every race. We always worked hard from the first practice about set-up, tires, and so on.”

Chantra revealed, there are still many areas that need to be improved if he wants to regularly fight for points. One thing that becomes the main focus is the control when opening the gas the motor it drives.

“Besides, I should be more smooth, less aggressive and learn to be more precise. And this is what I will focus on from the first minute of pre-season.”

So, what are the expectations for this season? Chantra replied: “This will be my fourth season in Moto2.

“I think I have reached a sufficient level of maturity, knowledge of the bike and the championship to finish regularly in the top 10 in every race.

“The only thing I can say for sure is that I will work very hard to achieve this goal.”

Deputy Governor: Covid-19 in Jakarta is under control |nitoba.com