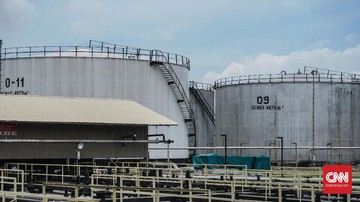 Oil prices The world strengthened in trading Tuesday (4/1), United States (US) time. The gains came after the Organization of the Petroleum Exporting Countries and its allies (OPEC+) agreed to raise production as planned in February.

The decision took into account the impact of the Omicron variant which was considered not too large on demand.

Reported ReutersThe price of benchmark Brent crude rose 1.3 percent to $80 a barrel, the highest since last November when the Omicron variant emerged.

Strengthening also occurred in the price of West Texas Intermediate crude oil by 1.2 percent to US $ 76.99 per barrel.

“Oil market bullish today as a result of the optimism that emerged from today’s OPEC+ meeting, which made oil trade higher,” said Rystad Energy head of oil markets Bjornar Tonhaugen.

OPEC+ agreed to stick with its plan to increase production by 400,000 per barrel in February. This indicates an easing of fears of a massive oversupply in the first quarter.

However, the increase in oil prices is still overshadowed by the widespread cases of the Omicron variant in various parts of the world. However, the impact is not expected to be as severe as the Delta variant.

“It seems that the market is betting on Omicron is the beginning of the end of Covid-19,” said ICAP analyst Scott Shelton.

The analysis also warns that OPEC+ may change its strategy if tensions between western countries and Russia over Ukraine escalate and disrupt fuel supplies. OPEC’s decision could also change if western talks with Iran on nuclear progress progress.

On Saturday, Libya’s state-owned oil company said oil production would reduce by 200,000 barrels per day for a week due to maintenance on a main pipeline. The conditions added to the disturbance two weeks ago after militia blocked operations in the Sharara and Wafa oil fields.

However, Capital Economics is of the view that if OPEC+ continues to increase production in the coming months and demand growth is normal, oil prices will be under pressure. Capital Economics estimates that Brent is priced at just $60 a barrel by the end of 2022.