Join the Attack on the US Congress Building, Hundreds of People Wait for Court Trial 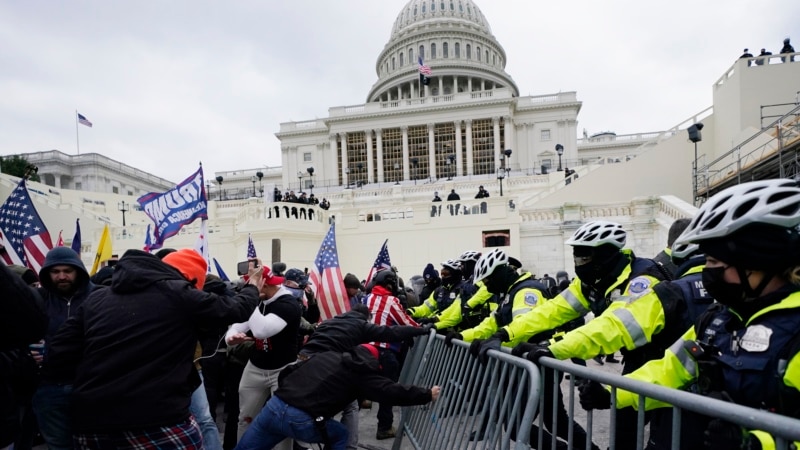 A year after supporters of former President Trump stormed Capitol Hill in an attempt to overturn Joe Biden’s 2020 presidential election, hundreds of people are still awaiting trial for their alleged role in the raid, while 155 have pleaded guilty. The pending cases are only one part of an effort to hold those responsible for the attacks accountable.

A year after the January 6 attack on Capitol Hill, it remains unanswered who was ultimately responsible for the worst attack on Congress in two centuries?

Many supporters of former President Trump claim the raid was nothing serious. While critics say Trump directed his supporters to overturn Joe Biden’s victory in the presidential election, effectively undermining the democratic process.

Rioters roam the halls of the Capitol, raising concerns for the safety of members and congressional staff preparing to certify Biden’s victory. House Speaker Nancy Pelosi stated, “I will never forgive the president, the former president of the United States of America and his minions, the rioters he sent to the Capitol, for the trauma our staff has endured.”

The U.S. House of Representatives moved swiftly to impeach Trump just days after the attacks, accusing him of inciting rebellion. But the U.S. Senate acquitted Trump of the charges in February 2021.

In American courts, 704 people have been charged at the federal level with offenses ranging from minor to more serious, including violence against law enforcement and members of the media. According to investigators, between 70 and 80 people involved in militant networks face more serious conspiracy charges.

John Lewis of the Center for the Study of Extremism, George Washington University said, “These are hierarchical domestic violent extremist groups, the Proud Boys, the Oath Keepers. The “Three Percenters” were also there who allegedly went not only to the Capitol to hear a speech but a protest march. It’s a coordinated conspiracy that ranges from fundraising, distributing weapons, marching up the stairs to the Capitol in formation, to leaving guns at a Virginia hotel.”

Five people died in the January 6 riots. The question that is still being debated is whether the riots developed spontaneously or were part of a planned uprising directed by Trump, America’s president at the time. [ka/jm]

News : A Programmer Creates a Program That Can Create Anime-Style Illustrations With Simple Sketches | GameBox

Ciabatti: Ducati is unlikely to continue to field eight bikes