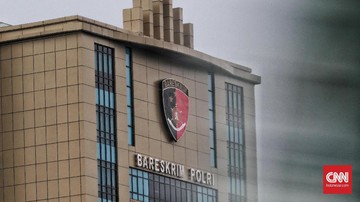 The Directorate of General Crimes, Bareskrim Polri, has named four people as suspects in the case land mafia in the City Government (Pemkot) of Depok, West Java. Two of them are the Head of the Department of Transportation (Kadishub) and members of the Depok DPRD.

Furthermore, Andi explained, currently the suspects, on behalf of Eko Herwiyanto and Nurdin Al-Ardisoma, are respectively the Head of Transportation Service and members of the Depok City DPRD from the Golkar Party.

The other two suspects are Burhanudin Abu Bakar, who is a former Director of PT Abdiluhur Kawuloalit; and Hanafi, from the private sector.

Andi said that this case began with the victim’s report that came in the name of Army Major General (Ret.) Emack Sadzili, who was represented by his attorney on July 8, 2020.

From the results of the investigation that has been carried out, it is known that there has been an alleged falsification of a statement on the release of land rights for private interests made by Hanafi and Nurdin, who at that time served as staff of the Kelurahan Bedahan Kota, Depok.

In making the fake letter, he said, Hanafi and Nurdin were also assisted by Eko, who was then the Sawangan sub-district head.

The letter was then used by Burhanudin as a document attached to the application for the handover of the victim’s land to the Depok City Government with the designation as a TPU.

“Where is the fact that the land was never sold or transferred by the victim of ES,” he said.

Furthermore, Andi said the handover of the grave land was carried out by suspect Burhanudin as a requirement for the issuance of an IMB on behalf of PT Abdiluhur Kawuloalit.

“The land handover has been processed and accepted by the Depok City Government,” he said.