Strengthening the existence of Ducati could threaten the balance of MotoGP

The Borgo Panigale manufacturer entered the world championship for the first time in 2003. At that time, they paired Loris Capirossi and Troy Bayliss.

After three years, Ducati decided to double the ammunition on the track from two to four. The brand accepted Pramac as a satellite team.

The number increased again in 2009 after working with the Francisco Hernando Group, which appointed Sete Gibernau as rider.

Desmosedici’s presence became six with the arrival of Valentino Rossi in 2011. At that time, they fielded 2 bikes for the factory team, 2 for Pramac as satellites, and one bike each for Aspar and Cardion AB as customers.

Five years later, Cardion changed to Avintia and eight motorcycles paved the way. It’s okay for manufacturers to rent out many motorbikes as long as they have the funds and production capacity.

Rich satellite teams usually receive the latest prototypes. It’s a different story if the customer squad is with a minimal budget, they will get a motorbike that was used one or two seasons before.

In 2019, the number of Desmosedici GPs was reduced by two to six. The following year, there were four factory drivers, namely Andrea Dovizioso, Danilo Petrucci, Jack Miller and Francesco Bagnaia. Johann Zarco was placed at Avintia with a half salary supported by Ducati. Tito Rabat plotted for Esponsorama Racing.

The 2021 season, there will be a major overhaul because they want to rely on young drivers. Miller, Bagnaia, Zarco defended. They opened the door to debutants, namely Jorge Martin, Enea Bastianini and Luca Marini. For the last two names, equipped with 2019 and 2020 versions of motorbikes.

In 2022, Miller, Pecco Zarco, Martin and Marini were given a new bike. In contrast, Bastianini, Fabio Di Giannantonio and Marco Bezzecchi rode the GP21.

The more down the bike, actually gives an advantage to Ducati. They get more data that is useful for development. In addition, it also earned two million euros (about IDR 32.4 billion) for the previous season’s motorbike and one million euros for the motorbike loan of the two previous seasons, plus the contracts of the drivers.

With this step, they can suppress the swelling of the balance sheet. As an illustration, the salaries of Jorge Lorenzo and Dovi have touched 20 million euros for the 2017 and 2018 seasons. This has prompted Ducati to use the services of young drivers.

According to the new policy, the funds do not fully go to the drivers’ pockets but are invested in motorcycle development. The results can be enjoyed.

Ducati has a capable motorbike and is considered the most balanced in the world grid. The Desmosedici produced seven victories and 17 podiums which left the opposition in a frenzy.

After testing the Desmosedici GP22 in mid-November, Miller felt the prospects were very bright. 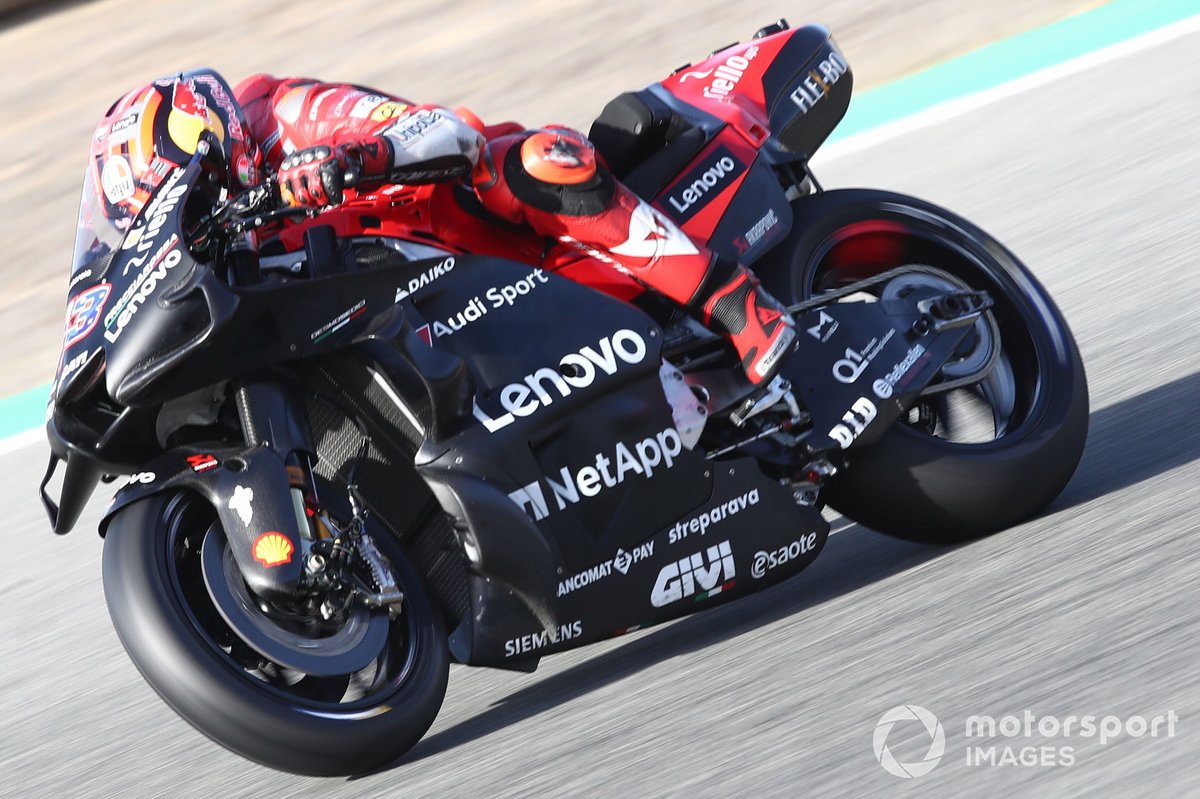 “I think in 2022, Ducati will be the dominant bike. With the GP21, the GP20 problem is solved. At the end of the season, we were able to dominate. Steps forward are made with clear developments,” he said rider nicknamed Jack Ass.

“The previous bike (GP21) was perfect and we are improving on that. This means that Ducati has done a great job because optimizing an already fantastic bike is not easy.”

When paddock Ducati is filled with confidence and optimism, on the other hand opponents see the red team’s revival as a big threat.

The 2020 MotoGP world champion, Joan Mir, thinks that the presence of eight Desmosedici GPs is too much.

“To be honest, I think it’s too much. If a rider is fighting for the title with a Ducati and they have eight bikes to fight, it’s outrageous. There’s always a Ducati up front and that shows their potential.”

For Aprilia mainstay, Aleix Espargaro, ideally each manufacturer places a maximum of four motorbikes on the grid.

“Ducati is a very competitive bike in the competition, and we all agree with that,” he revealed.

“All the riders are very fast on the bike. From a romantic point of view, I like that all manufacturers have four bikes. It used to be Dorna’s idea, but for one reason or another, it happened and Ducati kept the market share.” 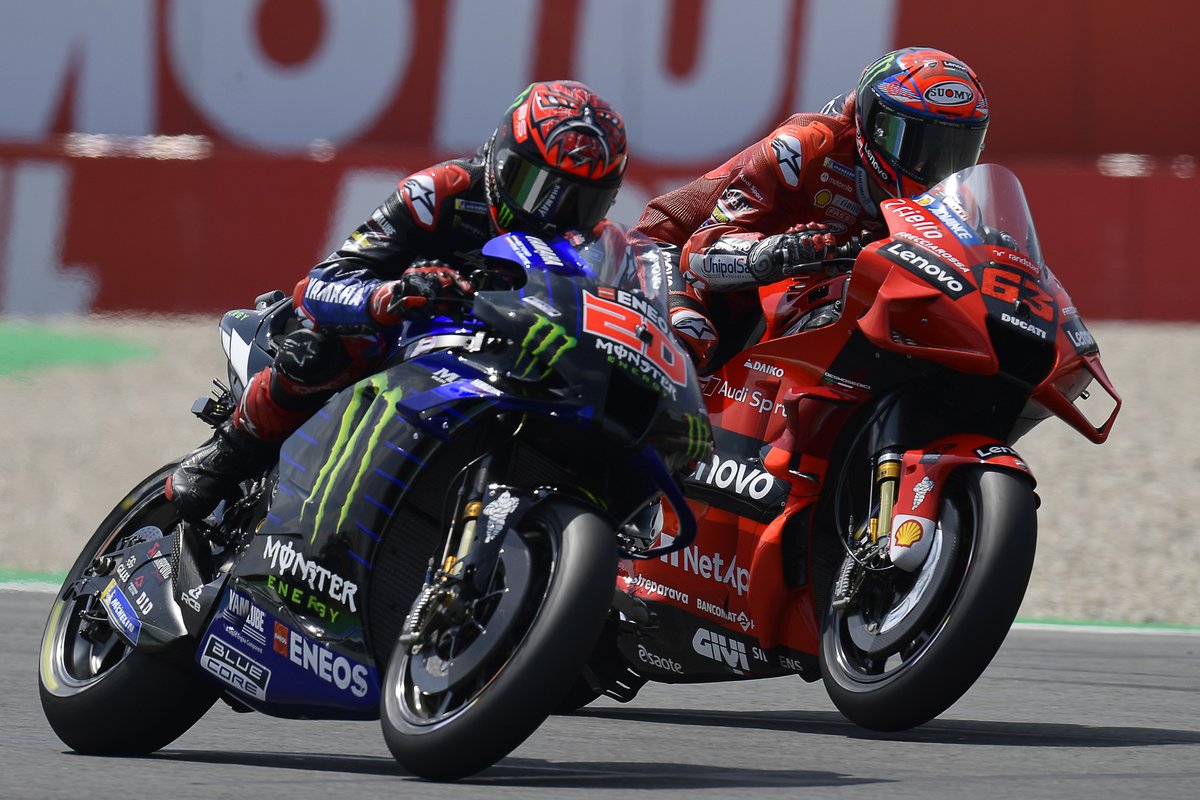 The 2021 world champion, Fabio Quartararo, will likely find it difficult to maintain his streak. Compared to the Yamaha YZR-M1, the development of the Desmosedici GP is much faster.

“After the summer break, they took a big step. They have great confidence. Valencia is a circuit that theoretically doesn’t work in their favour, but they can pole position and hat-trick, he revealed.

“I’m worried about next season, but it depends on Yamaha. They know what to do.”

Rider Repsol Honda, Pol Espargaro, realized that he would be overwhelmed by the line of Ducati riders.

“It’s very negative. I’m not talking about the championship, but about me, about my interest. Ducati are doing very well, and if they can evolve like this season, it will be bad for us.”

“Throughout the year, the Ducati riders often fight to win and next year, there are two more.”

Indonesia Temporarily Stops Sending Manpower to Malaysia Until There Is Clarification