Ramon Forcada Reveals the Rivalry of Rossi and Lorenzo 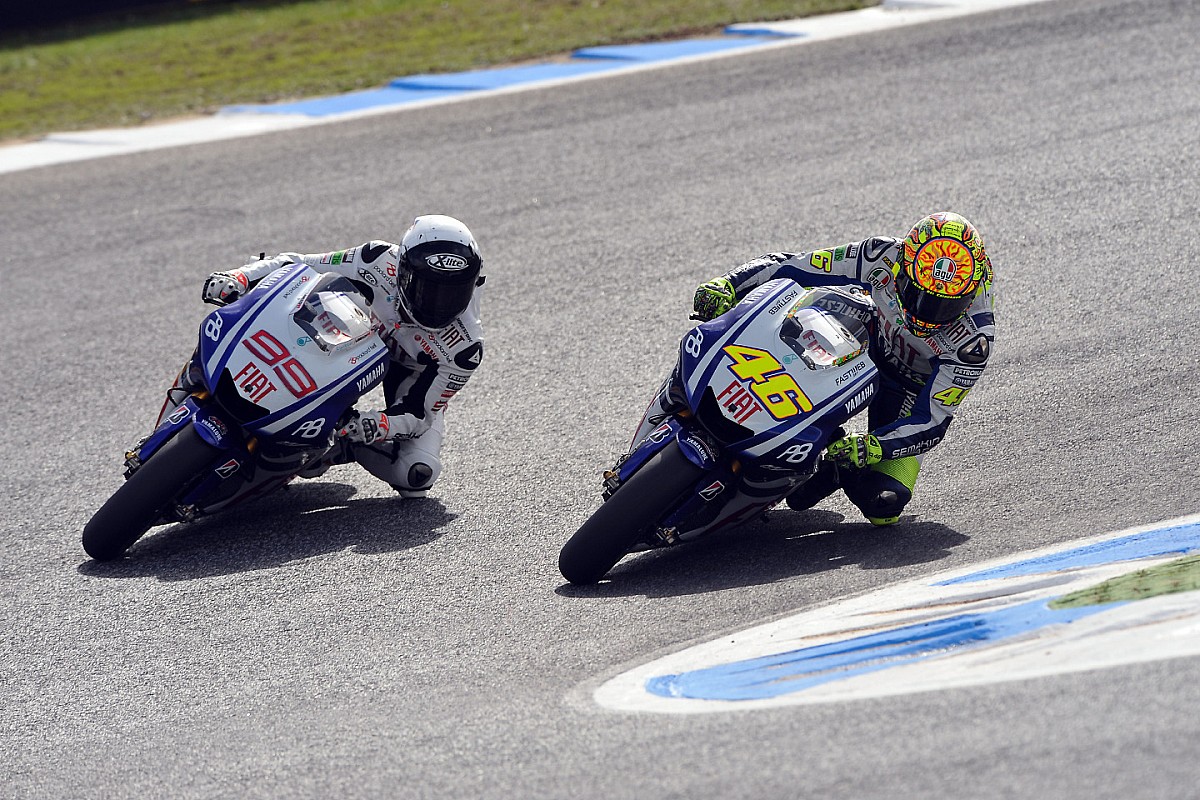 Rossi and Lorenzo have a fierce rivalry since becoming teammates at Yamaha in the 2008 season. In the end, they decided to separate because they didn’t want to be together.

The wall in the Yamaha garage that borders Rossi and Lorenzo’s territory is what MotoGP fans remember the most.

It happened because The Doctor feel X-Out copying his motorcycle suit and trying to follow how it works in order to beat it on the track.

Forcada, who was managing Jorge Lorenzo at that time, knew very well what was going on in the garage and the heat of rivalry between the two drivers.

The man from Spain revealed that it all started in 2009, which peaked in Grand Prize Catalonia.

“I remember having a small talk with Valentino and he said, ‘Oh, it always happens like this’,” said Forcada. Motosan.

“Jorge was very impressive in the first race of the 2009 season in Qatar, because it was not easy to get pole first.

“When a new driver arrives and in his first race he gets a pole and finishes on the podium, then the number one rider in the team will be in alert mode.”

According to Ramon Forcada, competition is also triggered by young drivers who don’t appreciate it rider number one.

New arrivals such as Dani Pedrosa, Lorenzo and Casey Stoner consider all drivers the same.

“Usually the number one driver is Raja. Generations of Dani, Casey, Jorge, don’t value that position in terms of racing. It was something new for Valentino,” Forcada explained.

“One of the most important races in the careers of Valentino and Jorge at Yamaha was the 2009 Catalan GP.

At that time, Jorge Lorenzo and Valentino Rossi fought tight on the track, even almost touching each other. In the end, the 42-year-old pilot won the fight and took second place on the podium.

“Jorge thinks the same way everyone else thinks, ‘OK, if you can overtake him at Turn 10 then you can win the fight’,” he said.

“Jorge didn’t expect Valentino’s action and he forgot to close the gap at the last corner because usually there is no place to enter or overtake there.”

Competition continued the following year, which led to Valentino Rossi deciding to move to Ducati in 2011.

The same was done by Jorge Lorenzo when he decided to join Ducati in 2017, when Rossi returned to Yamaha and took control of the team.