E-sports is an increasingly crowded industry, it seems that it will be even more fertile in 2022. Even now, Japan seems to be enlivening the scene, having just opened its first e-sports special school, named eSports High School, in the center of Shibuya, Tokyo, Japan. The school is equivalent to the high school level and presents a specially designed curriculum based on e-sports.

This school is claimed to be able to equip its students with knowledge not only about e-sports, but also the industry as a whole. Regarding the teaching and learning support services provided, eSports High School is equipped with various facilities, two of which are arguably interesting, namely “Shibuya eStadium” and “Care Training Space”. 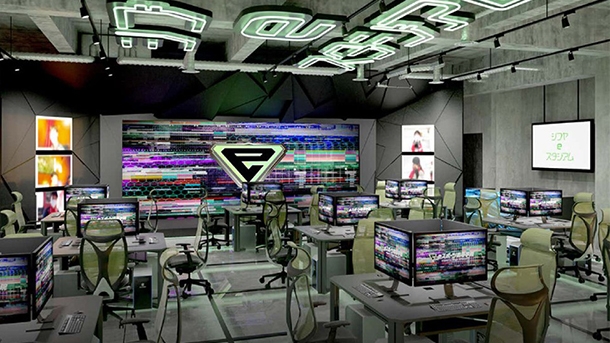 At the Shibuya eStadium, there are various kinds of gaming PCs with qualified specifications, along with monitors that are claimed to be large in size that can be used to train students to play competitive games. Then in the Care Training Space, students can learn how to maintain their physical condition and mental health, to stay fit even when playing games continuously.

Especially for the game industry, students will be taught the world of competitive games based on popular games in the genres of first-person shooter (FPS), third-person shooter (TPS), real-time strategy (RTS), to multiplayer online battle arena (MOBA). ). So that when students graduate later, they can work as one of the players in the game and e-sports industry such as being a journalist who specializes in covering games, shoutcasters, YouTubers, game designers, programmers, streamers, developers, to pro players.