MotoGP: Suzuki Evaluates the Use of Ride Height Adjuster

The Hamamatsu manufacturer has made a slow start compared to its rivals, just starting to introduce ride height adjuster in the middle of the 2021 season, to be precise in the Styria Grand Prix series.

Even though since the Dutch GP round, the 2020 MotoGP world champion, Joan Mir, has asked Suzuki to immediately install it ride height adjuster. Spaniard felt the GSX-RR package was not enough to defend the title.

Ride height adjuster, or also known holesehot device, is a system that is driven mechanically to lower the position of the motor which serves to assist when starting.

But now, the device Ducati created is also being worn, by the rest of the manufacturers grid, to increase acceleration when exiting corners and braking.

Kawauchi revealed, at the beginning Suzuki used ride height adjuster, it did not suspect that the device which is still only a prototype can work well.

“The biggest improvements are not made by one big thing, but by many small things. Ride height adjuster is something very conspicuous. However, behind the scenes, there is something else that is tried and tested,” he wrote on the blog Suzuki 2021 Winter Magazine.

“I feel that every race we improve a little bit, which overall helped our performance and got us to where we are now.” 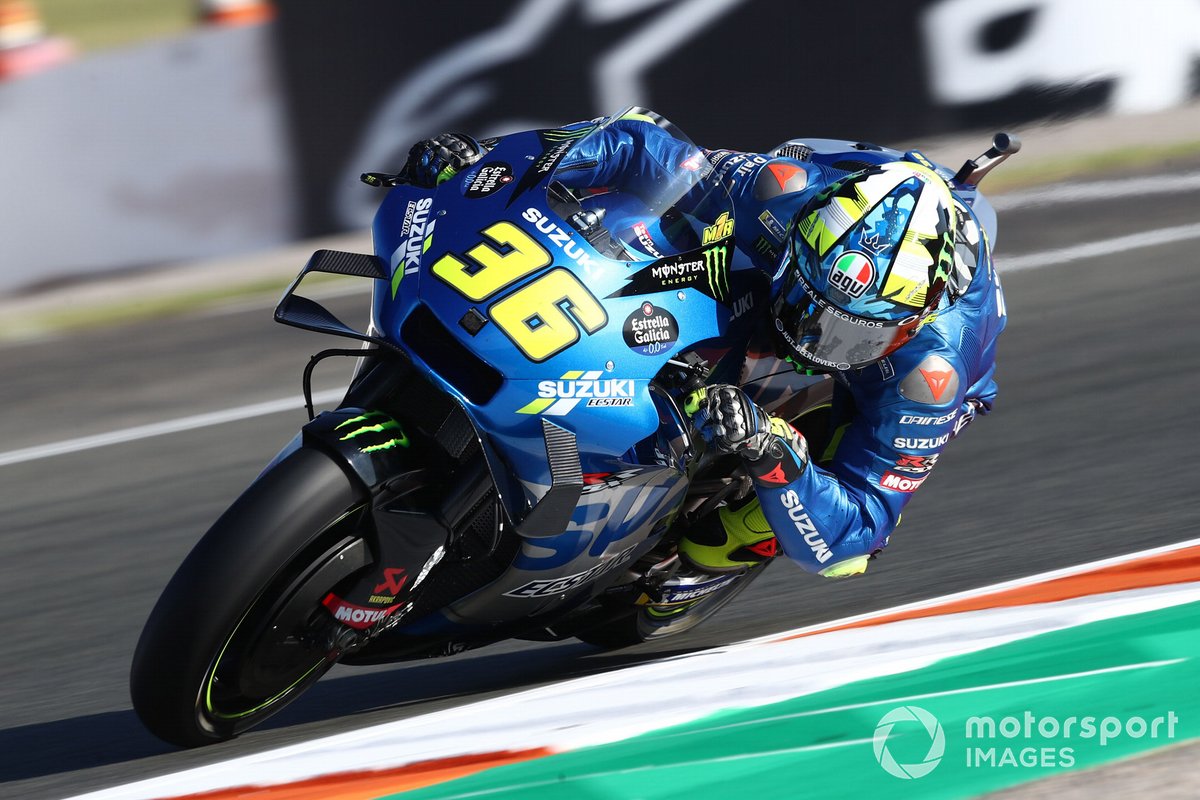 In the final constructors’ standings, Suzuki is in third place, behind Ducati and Yamaha. Then, in the team standings, the Mir-Rins duo brought the squad to a third place finish, losing to the Ducati Lenovo Team and Monster Energy Yamaha MotoGP.

“Even though our performance is sometimes not enough this year compared to other manufacturers, or even compared to 2020, Joan always gives 100 percent and sometimes even more,” said Kawauchi.

“He did a great job, and he brought us a few podiums and I want to thank him for his hard work. Together we will try to prepare a stronger bike and we want to challenge again next year.”

Kawauchi also expressed his gratitude to Rins. The driver is considered to have shown determination, and especially at the start of the season, has good pace.

“But in the end he couldn’t get the result he wanted, or we wanted,” he said.

“I still have complete confidence in his ability to compete at the top level in MotoGP. With improvements next year, I believe we can achieve much better results than this year.”

MotoGP: Rib problem, Pol Espargaro not sure to race in Assen

US and Chinese Leaders to Talk Soon