Troy Bayliss impressed many with what he did in the Valencia Grand Prix (GP), the closing series of the 2006 MotoGP.

Rider The Australian decided to end his career in MotoGP in 2005, and spent a full season in World Superbike (WSBK) 2006 with Ducati.

Showing good performances throughout the season at WSBK 2006, Ducati gave him the opportunity to go down at the Valencia GP as a wildcard.

Unexpectedly, Bayliss was able to go fast and successfully secure the highest podium.

Jonathan Rea, who had the opportunity to feel the heat of MotoGP competition with Honda, admitted that it was difficult to face the tight competition on the track.

Having said that, Rea said what Bayliss did was something that would take a long time to see again due to the complexity of riding a MotoGP bike.

“MotoGP is now at a very high level. Just look at what (Cal) Crutchlow did in 2021 when he raced several races with Yamaha,” said Rea.

“Even if you have to miss a few races and then come back, it will be difficult for you to perform on the bike.

“Bayliss’ story is the most beautiful story. It will never happen again. At least I can’t imagine it. Now you can no longer be on a bike like that and be up front.”

When he got the chance to ride a MotoGP bike, Jonathan Rea replaced the injured Casey Stoner. After testing at Brno, the Northern Irishman raced the RC213V at Misano and Aragon, where he finished in the top eight.

“I was about 30 seconds away and finished seventh. Today, 30 seconds is too big,” said Rea comparing.

“The difference between the former and the latter is very small. The rules are very good, all manufacturers can be fast. Unlike 10 years ago, when you are 30 seconds away you are still in the top 10. Today, if you are 30 seconds, you finish last.”

Jonathan Rea explains MotoGP today is not like in the past when motorbikes were the guarantee for success.

“All the bikes in terms of technicality are very strict. Plus, the satellite team now has great support from the manufacturer,” he said.

“On a good day you can win and difficult moments can come quickly, like Miguel Oliveira (Styria MotoGP). 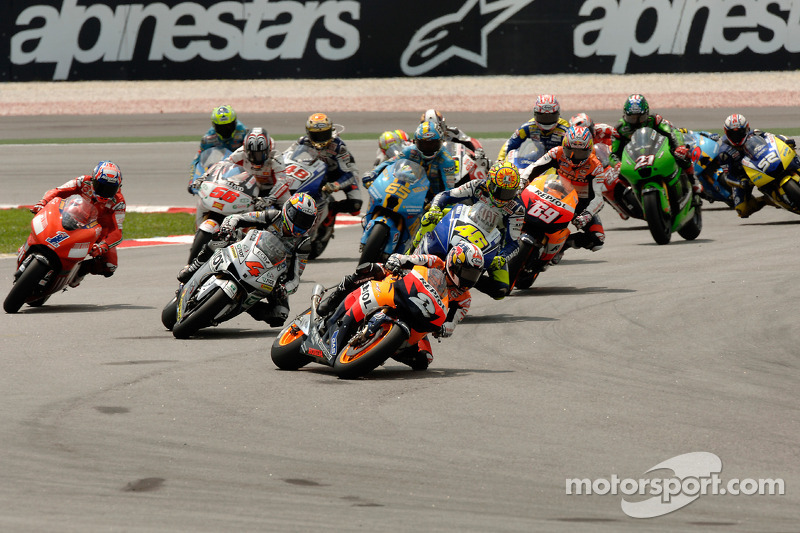 Dunlop is the culprit of Marcel Schrotter’s downturn in Moto2

MotoGP: Bagnaia wants a tandem that doesn’t mess up the garage