Hundreds of Protesters, Commemorate Death of Iranian General in Baghdad 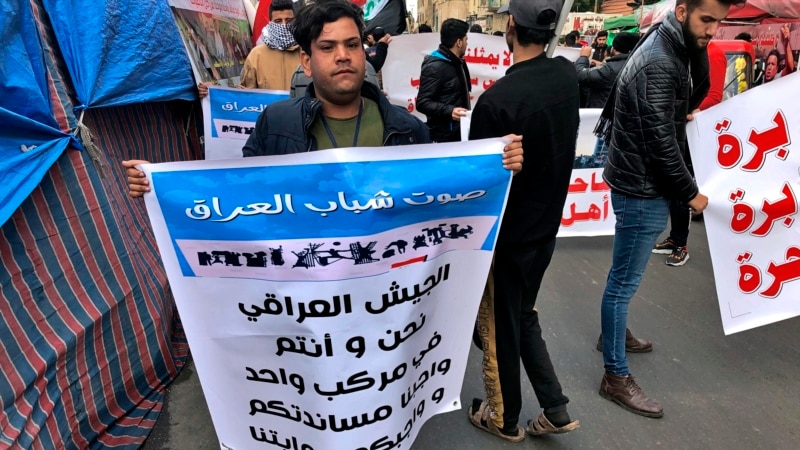 Hundreds of people chanted anti-American slogans and rallied in the Iraqi capital to mark the second anniversary of the killing of an influential Iranian general and an Iraqi militia leader in a US drone strike.

The masses on Saturday (1/1) called for the expulsion of the remaining U.S. forces in Iraq.

The demonstration commemorates the US air strike at Baghdad airport that killed General Qassim Soleimani, the head of Iran’s Quds Force, and Abu Mahdi al-Muhandis, deputy commander of the Iran-backed militia in Iraq dubbed the Popular Mobilization Forces.

The assassination caused outrage in Iraq and nearly sparked war between Iran and the US. The incident prompted Iraq’s parliament to pass a non-binding resolution days later calling for the expulsion of all foreign troops from Iraq.

The US-led coalition formally concluded its combat mission to support Iraqi forces in the ongoing war against the Islamic State group in late December. However, about 2,500 troops will remain there indefinitely, as advisers to support Iraqi forces. Some militia leaders have demanded that all US troops leave. [vm/ft]

News : Johnny Depp Caught Drawing Something In Court And Showing His Drawing To His Lawyer | GameBox

Supermarket Turns Out To Be A Fun Date Place