While Herve Poncharal didn’t shy away from Tech3’s disappointing result this year, he put it into perspective by praising the positive spiral in which MotoGP satellite teams are now finding themselves.

The satellite teams have really changed the dimensions of the championship, they make a strong contribution to the richness of the competition in the premier class which sees the winners multiply.

Seeing satellite teams able to win races was unthinkable only a few years ago, unless there were unstable conditions that caused criticism and undermined their performance.

So when Jack Miller ended a 10-year drought for the satellite team in 2016, following Toni Elias’ phenomenal win in the 2006 Portuguese Grand Prix (GP), there was luck in the rain.

But what was then surprising has become an established fact: the drivers of the satellite teams now have the means to fight for the top spot.

Cal Crutchlow proved it on several occasions, and MotoGP 2020 is a real success: Fabio Quartararo and Franco Morbidelli (Petronas SRT) and Miguel Oliveira (Tech3) have won. Even more than once dominant against factory team racers.

This year, finally, Jorge Martin, a rookie, who managed to make his contribution to Ducati through his satellite team, Pramac Racing.

It should be underlined that this success was not achieved by chance. The drivers of the structure were even involved in the title race. Crutchlow leads the championship after winning the second race of 2018 for the first time in 14 years.

And of course no one will forget how Quartararo became one of the candidates for the 2020 season champion while still racing for the Yamaha satellite team. Then position runner-up won by his teammate, Morbidelli. This year, Johann Zarco (Pramac) had led the standings.

These dimensional changes are made to last. The fact is that satellite teams now have factory machines and often identical equipment to the official squad, which has profoundly changed MotoGP.

It is a change that makes Herve Poncharal very happy, as he experienced the emotion of last year’s unparalleled victory with Miguel Oliveira. 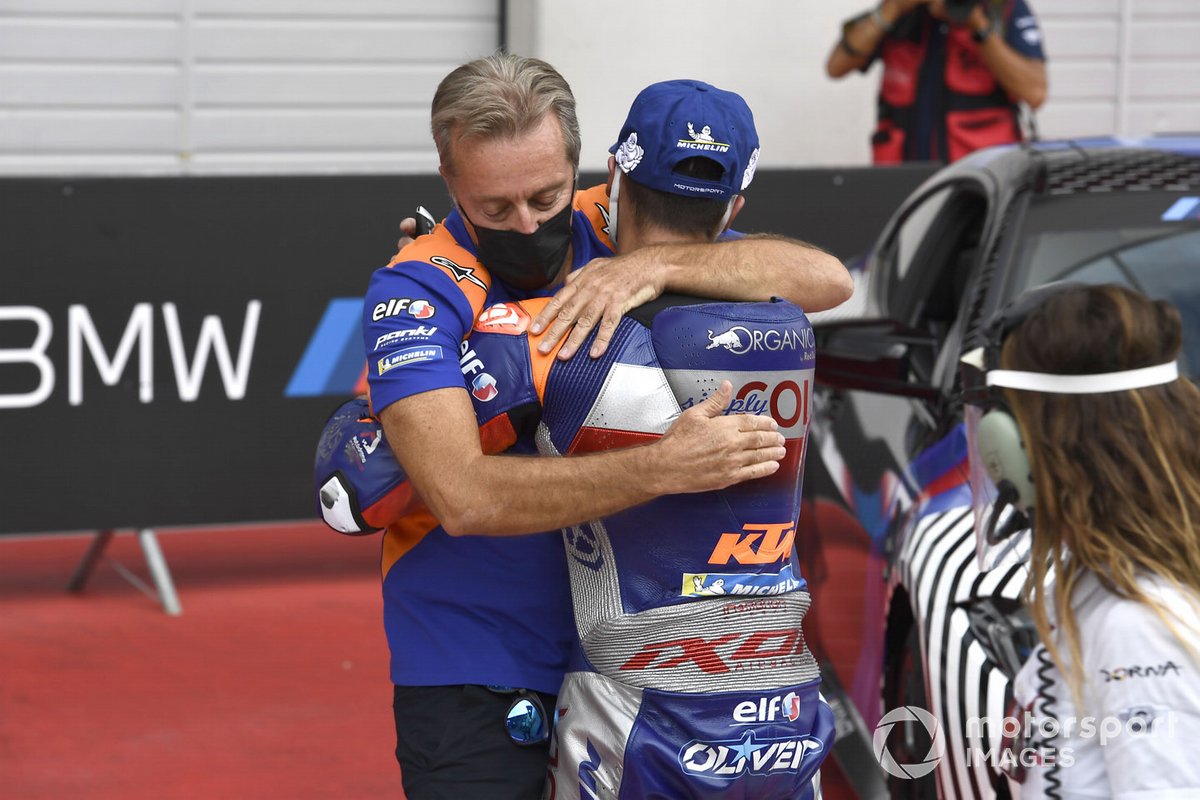 “The level of independent teams and satellites has increased tremendously. A few years ago, 10 years ago I would say, we were there to fill the grid and the manufacturers saw us as a burden on their shoulders,” said Poncharal.

“We won some race last year, Razlan (Razali, Petronas SRT team boss), Paolo (Campionati, Pramac boss) this year, Lucio (Cecchinello, LCR boss) in the past. We can see the work we have done with Dorna and IRTA, pushing MSMA, very, very productively.

“And now you don’t have a satellite racer or a factory racer. Everyone is on the same level,” said Poncharal.

Tech3’s position in the KTM group has become even clearer as it has been called the ‘factory team’ since last year. In fact, the progress of achieving it is a little slower than the first team, but the Austrian brand wants real interaction in technical development, hoping for better progress by doubling resources.

“Most of the satellite riders are under contract with the factory, my jacket says ‘factory racing’ and it shows that everything we have been working on for the last 10 years has matured and we have achieved what we wanted to achieve,” said Poncharal.

“I want to thank everyone for this because the scenario is different now and it’s not crazy to think a satellite racer can win the championship at any time.

Six manufacturers remain in MotoGP for the new regulatory cycle, and four of them can rely on one or more satellite teams. Only Suzuki and Aprilia have not been involved.

Six independent teams will be part of line-up in MotoGP 2022, with Ducati as the majority (six bikes), and a more traditional pattern applied to Yamaha, Honda and KTM (two bikes each).