Starting from Moto3 2022, PruestelGP is a Factory Team

In early November 2021, PruestelGP announced an agreement with CFMoto. The Chinese motorcycle manufacturer replaced KTM, as well as being the iron horse of the racing duo: Carlos Tatay and Xavi Artigas.

CFMoto was founded in 1989. Arguably, the Chinese manufacturer already has a strong position in the global motorcycle and ATV (quad bike) industry with an emphasis on technology and quality.

CFMoto has also taken part in domestic racing events through its international subsidiaries, and has competed in the Isle of Man TT since 2013 as the only factory team from China.

“Starting 2022, we will change the status of the customer team to a factory team for the Chinese motorcycle and quad manufacturer, CFMoto,” said PruestelGP Managing Director, Florian Pruestel, in a written statement.

“Our roots, our passion and our philosophy will not change. We will, however, change our colors to match the corporate design of the new main sponsor CFMoto.” 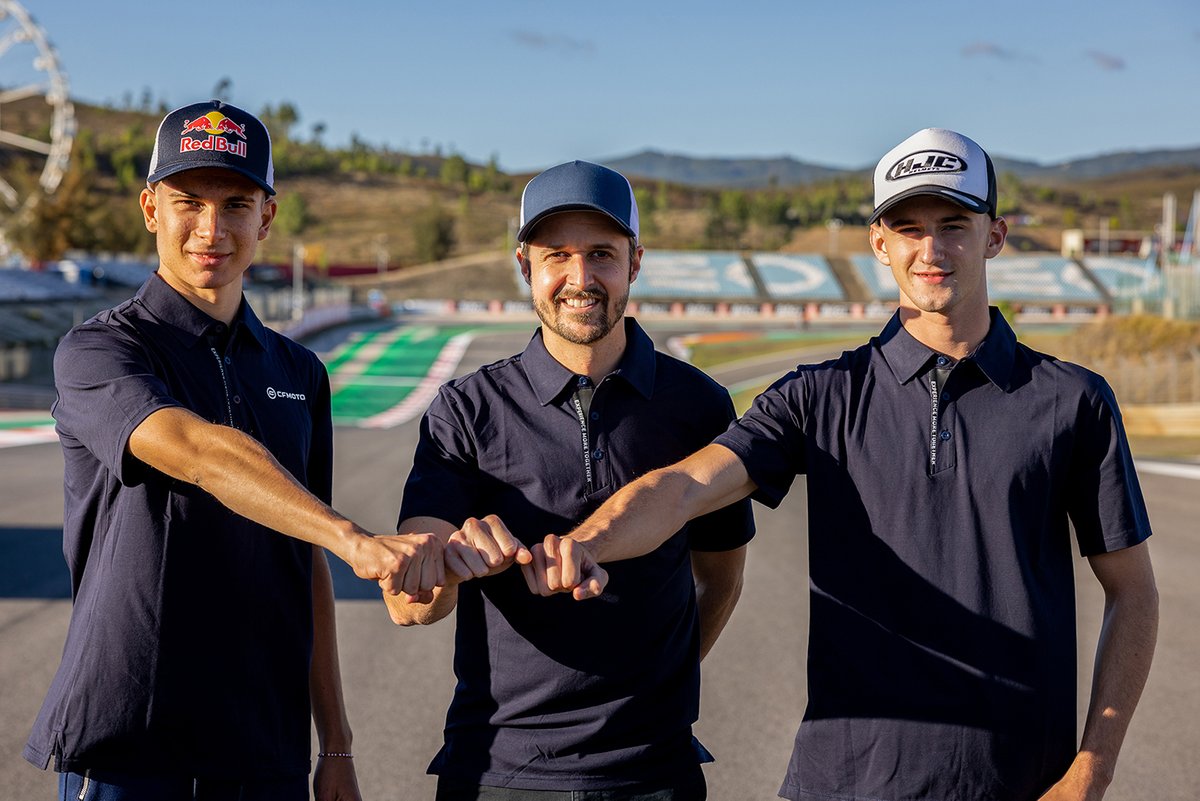 Apart from remodeling line-up rider and changing the motorcycle manufacturer, PruestelGP also changed the management structure. Thomas Luthi was appointed as Director of Sports. The experience of the former MotoGP and Moto2 racer is expected to be useful for the team.

“Very happy to have a mentor and coach Jason (Dupasquier) for the German racing team on this personal level. Thus, we want to continue to strengthen the ties between Germany and Switzerland!”

Preparations for Moto3 2022 have been prepared in detail by PruestelGP. Meanwhile, the team plans to hold a presentation on January 22, as well as an open event for fans on January 23.

“Feel free to mark January 22, 2022 on your calendar. More information about the current situation and possible events will be coming soon,” said Florian.

PruestelGP enters 2021 with CarXpert as the main sponsor. The squad trip was shaded by sad news when Jason Dupasquier died in an accident at Mugello.

Ryusei Yamanaka, who had appeared alone, was then accompanied by Filip Salac. Of the 18 rounds throughout last season, the best achievement was finishing fourth in the final series of Moto3 Valencia.

Tatay and Artigas were recruited to replace Yamanaka who moved to MT Helmets MSI Race Tech, while Salac was promoted to the Moto2 class with Gresini Racing.

Logistics Entrepreneur Responds to Ban on Trucks Passing During Homecoming