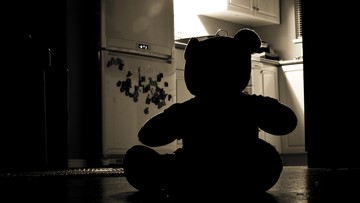 Deputy for Child Protection at the Ministry of Women’s Empowerment and Child Protection (KemenPPPA) Nahar, admitted that his party was conducting a study related to the addition of prevention materials. sexual violence at the elementary school (SD) level, which has been rampant in recent times.

Nahar said the addition of teaching materials is being studied by the Ministry of PPPA, Kemendikbudristek, and several other stakeholders.

“In fact, it has become a subject of discussion, both at KemenPPPA and in other ministries. The idea of ​​adding teaching materials is very good if it can be applied so that the prevention of violence against children in schools becomes more comprehensive,” said Nahar when contacted CNNIndonesia.com, Friday (31/12).

Nevertheless, Nahar said the establishment of a new curriculum would not necessarily become the main focus of the PPPA Ministry to prevent cases of sexual violence at the elementary education level.

Nahar explained that the sexual violence prevention curriculum material could be integrated with other subjects such as Religious Education, Sports and Health Lessons, or during counseling guidance (BK).

“Although the idea has not yet been realized, through the Minister of Education and Culture Regulation on the Prevention and Control of Sexual Violence Number 30/2021, in the meantime, it can help educators, education staff, parents, education units, and local governments to make joint efforts to prevent sexual violence,” he said. Nahar.

Permendikbud 30/2021 itself regulates efforts to protect and overcome sexual violence in the higher education environment.

Meanwhile, previously there were cases of sexual violence at the age of children and young people being found recently.

Not long ago, it was revealed that a child in Bandung was raped and sold as a prostitute. The perpetrators, consisting of several people, have now been detained and investigated by the Bandung Police. Then in Jakarta, a 13-year-old boy was tricked into selling his 19-year-old girlfriend via the Michat app.

In addition, reports of cases of sexual abuse against 12 boys in Tarakan, North Kalimantan were also revealed. The suspect with the initials E (25) is suspected of being infected with HIV/AIDS and infecting 12 victims.

MotoGP: Augusto Fernandez wants to beat his senior at KTM